White House Chef Tells Industry To Try Harder; But He Needs To Check His Facts

During one of the general sessions at the PMA Convention in New Orleans, Chef Sam Kass, the Executive Director of Let’s Move! and Senior Policy Advisor for White House’s Nutrition Policy, was piped in by telephone and explained that if only the produce industry would try harder, it could easily increase consumption of produce among children. 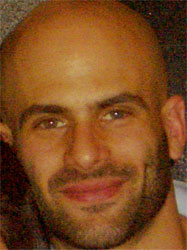 To buttress his argument, he referenced the famous — or infamous — Elmo and Broccoli study. As Chef Kass reported, the study found that when children were offered chocolate or broccoli, the vast majority of children chose the chocolate, but when an Elmo character was added to the broccoli, fully 50% of the children selected the broccoli.

If this is the strongest argument that Chef Kass has to make, he has a weak argument indeed.

Frankly Chef Kass should be ashamed of himself. He was speaking before an audience of produce experts, hundreds of whom had direct and personal experience with cartoon marketing. At very least, he had an obligation to do his homework and not quote bizarre studies.

You want to know the truth about the study? It is eight-years-old and had a grand sample size of 104 pre-school children. Here is the methodology:

Note: there was zero food involved in the study. No children ate anything at all. Also note it took place not at home or at a restaurant or in a supermarket but in a classroom, where children know certain things are expected of them.

Where do we begin?

First, what children do with play cards may be different than what they would do with food.

Second, what children do in school may be different than what they do with their parents in other settings.

Third, even if the presence of characters spurs child interest and purchase by parents, this doesn’t mean the children eat the product.

Fourth, even if the children are spurred to try a product because of its packaging or labeling, this does not mean that children will actually enjoy it and continuously eat it. If they try it and spit it out, the parents are unlikely to buy it again.

The study was so obviously flawed that there was supposedly going to be a big follow-up with a grant from the Robert C Atkins Foundation that would use real food:

The Atkins grant will fund a broader study that uses real foods rather than photos (as in the first study), and will fund research to see the impact of product placement (broccoli, not chocolate) in Sesame Street episodes. Research begins as early as fall, with results as early as fall 2006.

Both studies seem to have virtually disappeared. There are references to Sesame Street press releases on the Internet but no peer-reviewed publication.

One has to suspect that if the follow-up study actually showed that children eat healthier diets when shown cartoon characters on healthy foods that Sesame Street, which would love to help children eat better and love to get licensing revenue, would trumpet this news. Usually, when studies such as this disappear from view, it is because the follow-up studies did not make the point that the sponsors had hoped to make.

Chef Kass is a smart guy and certainly has lots of resources to check all these things out. That he goes around quoting such a thoroughly discredited piece of research tells us he is less interested in finding the truth than in finding stories that back up his pre-determined ideology.

The truth is that changing consumption is very difficult, especially changing it in a way that leads to higher consumption of the more healthy bitter vegetables. Nobody helps this cause by pretending they have answers when they do not.

Last year at The New York Produce Show and Conference, we brought in Gabriella Morini, Assistant Professor, Taste and Food Sciences at the University of Gastronomic Sciences in Italy to speak to this topic. We wrote about her presentation in a piece titled Meet The Gastronomes — And Learn About Their Mission To Increase Produce Consumption — At The New York Produce Show And Conference. It is not an easy answer either, but her work is a serious attempt to wrestle with the difficult issues involved in getting children to eat healthier and, specifically, to eat more vegetables. We are bringing her back for an encore presentation that is a variation on the theme. If you want to be part of this conversation, register for The New York Produce Show and Conference and the co-located “Ideation Fresh” Foodservice Forum right here.