"We failed to anticipate Pearl Harbor not for want of the relevant materials but because of a plethora of irrelevant ones."

Roberta Wohlsetter won the Bancroft Prize, the highest honor a historian can win, for her exhaustive study of the run up to Pearl Harbor. Her conclusion, highlighted above, was that there was so much “noise” — so much irrelevant, incorrect or misleading information, that the important information was ignored or misinterpreted.

This dilemma is known to historians as “The Roberta Wohlsetter Problem,” and it applies to business decisions just as well as military intelligence. Our job here at PerishablePundit.com is to ease the problem for executives by mining the information super-highway to select what is truly important to know and to provide insight as to its meaning and significance.

PerishablePundit.com is dedicated to three propositions: 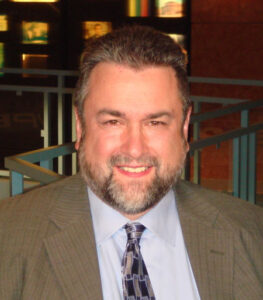 Jim Prevor is widely recognized as a leader in assessing the state of the perishable-food industries and analyzing the prospects for the retail and foodservice venues in which perishable foods are bought and sold. His comments and insights on a broad range of subjects — including food safety, genetically modified organisms, irradiation, consumer dynamics, the state of food prices, sustainability and the competitive dynamics in the fresh-food retailing industry — have been seen and heard on CNN, the Fox Business Channel, the BBC, NPR, many network affiliates and over 100 newspapers, magazines and associated websites, including The Washington Post, The New York Times, USA Today, The Times of London, The Chicago Tribune and The Los Angeles Times.

The founder and editor-in-chief of leading industry and consumer publications, such as PRODUCE BUSINESS, DELI BUSINESS, FLORAL BUSINESS and CHEESE CONNOISSEUR magazines, Mr. Prevor has led an effort to utilize the Internet and modern information technologies to advance the interests of the fresh-foods industry. As part of this initiative, he launched Jim Prevor’s Perishable Pundit, which quickly became the industry’s most important forum for the discussion and analysis of issues relevant to the trade.

Further efforts, such as the launch of PerishableNews.com and ProduceBusinessUK.com, have expanded and reinforced this leadership. In addition, Mr. Prevor launched the Retail Institute, the International Prepared Foods Conference and Exposition and was a founding partner in the launch of both the Institute for Produce Entrepreneurs, designed to help family businesses, and Perishable Solutions, a consultancy specializing in bringing strategic thinking to the fast-moving business of perishables. He also organizes and facilitates a series of executive share groups in different facets of the food industry, encouraging the sharing of best practices and benchmarking standards of success.

Mr. Prevor’s writings have been recognized for astute insight into the world of perishable food marketing. He has won over 100 editorial awards and is the recipient of American Business Media’s Jesse H. Neal Award and the American Society of Business Press Editors’ Azbee Award for excellence in editorial, commentary and opinion journalism. The United Fresh Produce Association, a century-old national trade organization representing the produce trade, named Mr. Prevor its first-ever Member of the Year.

In recognition of Mr. Prevor’s unique role in the industry and rock-solid reputation for bringing courage, integrity and passion to his work, Mr. Prevor has been presented with The Timothy White Award for Editorial Integrity, an award often referred to as “the most important award in business-to-business journalism.”

Mr. Prevor is a frequent speaker at both corporate and association functions, having presented at meetings ranging from the largest conferences and trade shows, such as the Food Marketing Institute, Produce Marketing Association and United Fresh Produce Association conventions, to regional groups, such as the New England Fresh Foods Alliance and the New York Apple Association. Mr. Prevor is invited to address groups around the world and has spoken extensively from Australia to Europe, appearing before supermarket, wholesaler and grower groups.

Mr. Prevor’s expertise has also been 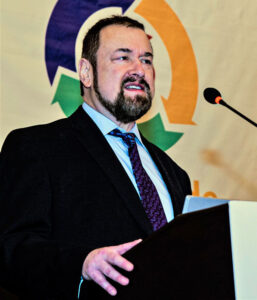 sought out by educational institutions, and he is a frequent speaker on college campuses. In addition, he has addressed academic groups, such as the American Agricultural Economics Association, and his writing has appeared in publications worldwide, including on the Op-Ed page of The Wall Street Journal.

Mr. Prevor directs many consumer and trade research projects, including a large effort to analyze the dynamics of Wal-Mart’s produce pricing on a market-by-market basis and a cross-cultural analysis of consumer attitudes toward sustainability and corporate social responsibility initiatives. Mr. Prevor directs a custom publishing division that creates cookbooks, POS materials, sponsored publications and has worked as a consultant with many organizations, including trade associations, produce shippers, produce retailers and foodservice operators around the world.

He has traveled the world inspecting growing, wholesaling and retailing operations and has visited virtually every terminal market in the United States and many around the world. He has done extensive work in contract pricing, co-managed replenishment, collaborative consumer marketing, and supplier development and integration.

Mr. Prevor is the fourth generation of his family to be active in the food business in the United States. Prior to launching his own company, he served as a director of his family’s company, which was an importer, exporter and wholesaler of foodstuffs, including produce, deli meats and cheeses, fresh eggs and frozen poultry. At various times, the business also owned supermarkets and convenience stores, a restaurant chain and various farming operations.

Mr. Prevor combines the real-world experience of one who has worked in the trade with the analytical perspective of an editor and analyst.