A journey of a thousand miles begins
with a single step.
Lao-Tzu, The Way of Lao-Tzu
Chinese philosopher (604 BC — 531 BC)

As the industry prepares to gather in Houston for PMA’s annual Fresh Summit, few issues resonate more loudly than food safety. There is, thankfully, no crisis at the moment and, indeed, the industry can point to many accomplishments over the past year in advancing the cause of food safety.

Yet it is also true that for all the progress made, there is much to be done.

If we are fortunate and have a break from outbreaks, the steps that still need to be walked will be more difficult, for without an urgent problem the willingness to both spend prescious treasure and to compromise on difficult issues will abate.

So, just over a year after the outbreak of the great Spinach Crisis of 2006, we thought it important to honor key individuals whose efforts made possible the progress the industry has made on food safety in the past year.

We offer this award, which we have named, The Single Step Award, as a reminder that today’s honorees took a step for the whole industry, but we have a responsibility to see the journey through.

Our list is, of course, far from inclusive. Every person who signed the California Leafy Greens Handler Marketing Agreement enabled it to happen; every buyer who urged a supplier to sign made it happen. And we have specifically excluded from consideration the industry’s great infrastructure of association leaders, academics, journalists and others. Much work was also done collectively, via service on the boards of the various associations — all work of utmost importance and all beyond the purview of this award.

It goes without saying that the trade’s response to the crisis would have been impossible without the wisdom, judgment and leadership of, in alphabetical order, Jim Boggart, President and General Counsel, Grower-Shipper Association of Central California; Tom Nassiff, President, Western Growers Association; Bryan Silbermann, President, Produce Marketing Association; and Tom Stenzel, President, United Fresh Produce Association. No award could ever sufficiently recognize the contribution these gentlemen made at a moment of great uncertainty for the trade. We are all in their debt.

Yet while many in the trade contributed, certain key individuals played a special role and it is our purpose to honor them today. Each of honorees will receive a plaque commemorating their contributions and a total $1,000 donation will be made to the Center for Produce Safety in the name of the honorees.

The recipients of The Single Step Award are as follows:

Dave was, along with Tim York, a founder of the Buyer-led Food Safety Initiative, and in that role was instrumental in forming an organization that made it clear there was no option for nothing to happen. Beyond this, as a board member of PMA on the track to become Chairman, and as a representative of one of the nation’s most esteemed retailers, his attempts to influence others carried a disproportionate weight.

Also a regional retailer, he was particularly willing to reach out and try to persuade others to do the right thing. And as Chairman of PMA’s Retail Board he had the golden rolodex. In addition, his high profile at the Produce for Better Health Foundation and, ultimately, his position as Chairman of the Board of PBH has given his voice special weight as he deftly made the connection between consumers being secure in the safety of their food and our trade’s hope to boost produce consumption.

His position as Chairman of the Grower-Shipper Association of Central California put him at the very center of the spinach crisis. When nobody could have blamed him had he finished his term and walked away, he agreed to assume the Chairmanship of the California Leafy Green Handler Marketing Board. In so doing he has established every precedent for how the Chairman of the Board ought to conduct himself.

Carrying the power of the Dole name into battle on behalf of food safety, Eric has wielded a big stick, but he has not spoken softly. Unlike executives at many large companies, he has not been timid about using the media to make his case. At one point he used the media to try to persuade others to join the California Marketing Agreement, now he has continued to use the media on a broader mission, bringing the consumer media to Salinas to help rebuild the trade’s shattered reputation. 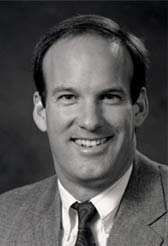 Bruce is a son of Salinas. With many of the large fresh-cut processors now owned by companies headquartered elsewhere and others forced into silence by lawyers and insurers, many in the Valley looked to Bruce for leadership as Salinas came under attack. As the crisis receded, he upped the ante on good citizenship as Taylor Farms contributed generously to help found the Center for Produce Safety. Bruce will be assuming the Chairmanship of PMA in Houston and thus this Salinas hometown boy is now speaking on behalf of food safety on the trades largest stage.

As the President of the largest fresh-cut processor, Tanios was going to wind up decisive in what direction the industry wound up taking. His initial refusal to join the California Marketing Agreement helped drive the industry to tough standards. His decision to join, in the end, was a gift to a trade that truly needed his help. Fresh Express’ financial support of important food safety research stands as evidence of a commitment to build a safe future for the produce trade, 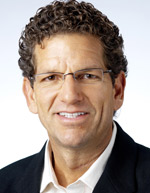 The man with the fire in his gut, he drove the Buyer-led Initiative. Challenged at every turn by those who tried to minimize the problem, he stood up for food safety at every forum. As a former Chairman of PMA, he could have done nothing, and no one could have said he hadn’t done his bit. But he chose to become engaged, leveraging his PMA connections, Markon’s reputation for food safety and the deep and abiding power of a man who believes in his cause.

The truth is that the term “a single step” is a bit of a misnomer. Modern scholars translate the Chinese text as reading “A journey of a thousand miles, starts from beneath one’s feet.” Here is how the stanza is written:

A tree that can fill the span of a man’s arms
Grows from a downy tip;
A terrace nine stories high
Rises from hodfuls of earth;
A journey of a thousand miles
Starts from beneath one’s feet.

Each of our honorees has been kind enough to speak with us and discuss the events of the past year and their thoughts on the future of food safety. We will be running daily interviews with our honorees to share these conversations with the industry. We begin with thoughts from Dave Corsi today.

We congratulate each of our honorees and express the gratitude of the trade for the efforts you have made to enhance food safety. Your efforts will inspire “single steps” by many others, long into the future.