In the Pundit home state of Florida, there is an annual award ceremony for print magazines. This year, Pundit sister publications, PRODUCE BUSINESS and DELI BUSINESS, won several awards. The Pundit’s column “Organics Redux,” which ran in PRODUCE BUSINESS, won the prestigious “Charlie” award as the best single piece of Opinion, Editorial and Commentary. You can read the piece here. 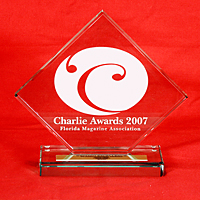 The “Charlie” award is named after a University of Florida journalism professor who helped found the Florida Magazine Association, which gives the award.

Lee Smith, Publisher of DELI BUSINESS magazine, also won a Charlie for her Annual Specialty Cheese Guide. If you enjoy cheese, you have to have one of these. You can find it here.

We won an assortment of Silver and Bronze finishes, including categories such as Best Overall Magazine and Best Written Magazine, as well as for individual articles. 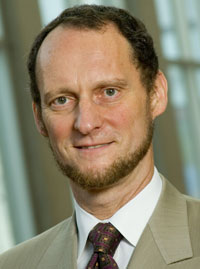 Of special note is that the exchange the Pundit co-writes each month with Bryan Silbermann, President of the Produce Marketing Association, was awarded a Bronze. In his contribution, called “Research Perspectives,” Bryan presents the results of a piece of PMA consumer research and, in “Comments and Analysis,” the Pundit responds with analysis and, sometimes, some constructive criticism.

Each month is a different topic. We recently had an exchange on the role of floral in mass market retailing; you can see that exchange here.

The Pundit wishes to thank PMA for its bravery in cooperating in such a project. Many trade associations would hesitate to expose their work to such criticism. It takes a certain degree of self-confidence to realize that subjecting research findings to scrutiny is the real way for the industry to learn the most from the findings.

Special congratulations to Bryan on his award. If this association thing ever doesn’t work out for him, he has a bright future in journalism.