Our piece Is Organic Produce Healthier? brought this letter from a producer of upscale and natural salad dressings who responded to the piece as a consumer:

With all due respect, Mr. Pundit, whenever you start writing about organics, I feel a slight bit of spin going on. And a bit patronized. “Poor bobble-headed consumers … they’re willing to pay so much more when there is no proof that organics are more nutritious.”

It may be my (and many other consumers’) definition of ”healthier” that might be confusing the issue. While organics may not have more vitamins and minerals than conventionally grown veggies, I shop for certain organics (dairy products, root vegetables and greens) because they won’t have absorbed potentially carcinogenic pesticides. That’s one of my definitions of “healthier.”

Although I am in the business, I really am responding to the report more as a consumer. While our dressings contain some organic ingredients, they aren’t labeled organic. Our niche is that our dressings are flavor-rich because we use fresh ingredients. Which is why we’re refrigerated and sold in the Produce Department. We consider ourselves natural as we use no artificial preservatives, colorings, etc. SASS dressings also have no gluten, white sugar or corn syrup.

As you can tell from my comments, my take on organics isn’t hard-line. I think I’m like most people; I balance cost, quality, ingredients, how something grows, and where it is grown. And I am concerned with the treatment of animals.

Lauri and her identical twin sister Carol own and run a company that makes a versatile product which can be used as a salad dressing/sauce/marinade. When the Pundit spent some time in Texas because his father was ill, the Pundit got to taste their original dressing, a Sesame-Garlic flavor, that won a prestigious NASFT award at the Fancy Food Show in New York City. We have never found it stocked anywhere near the Pundit household in Florida, but we keep an eye out. 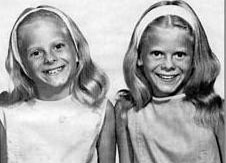 It is interesting that she writes us as a consumer because that is the way the sisters built their company. From their website:

‘Everyone thinks we must be great cooks because we make these fantastic products’ says Carol Raymond, ‘but we really did it because — who has time to cook? We wanted to make something special without junk in it, that you can splash on anything to make it taste great. Something good, fast and healthy.”

The Sisters began distributing SASS fresh dressings in Austin, Texas through health food stores and a few locally owned upscale markets. With its fresh ingredients, lack of additives and no artificial preservatives, it was ideal for produce departments, delis or dairy cases.

Thinking like a consumer is crucial to success at retail and often a trait more practiced by ancillary vendors than by the growers of fresh produce. And, doubtless, it is a trait that has led to the sisters growing a business from the ground up.

We apologize if Lauri felt patronized. She was responding as a consumer, and we were writing to her as an industry participant. So we are looking at consumer behavior much like looking at laboratory rats in a maze. We would speak directly to consumers in a different tone.

Beyond style to substance the problem remains that the motivations that Lauri expresses — which doubtless are held by millions of consumers — are now really theories more than established facts. I’m sure many consumers think as Laurie writes:

It may be my (and many other consumers’) definition of ‘healthier’ that might be confusing the issue. While organics may not have more vitamins and minerals than conventionally grown veggies, I shop for certain organics (dairy products, root vegetables and greens) because they won’t have absorbed potentially carcinogenic pesticides. That’s one of my definitions of ‘healthier.’

This surely means not that the consumer has a predilection against synthetic pesticides and enjoys natural ones but, rather, that the consumer believes that consuming organic produce will reduce his or her likelihood of getting cancer.

And we simply have no evidence indicating that is true. As we discussed in our piece Pundit’s Mailbag — Pesticides And Cancer, at the launch of the 5 a Day program, the head of the National Cancer Institute was asked about organic:

He answered by saying that not only was there no evidence that pesticide residues on produce resulted in an increase in cancer in human beings, but that the research we had — which had been done on conventionally grown produce, not organic produce — indicated that rates of cancer could be reduced through a diet rich in fruits and vegetables.

Now this doesn’t mean that pesticides cannot contribute to an increased likelihood of getting cancer; it just meant that we have no reason to think so and, even if it does, it is a sufficiently small increase that the benefits of fruit and vegetable consumption can easily overwhelm this negative effect.

We also pointed out that this may not even be the right question to ask:

Besides, the question wouldn’t be, “Does synthetic pesticide residue increase the likelihood of getting a cancer?” Since there is no option to starve ourselves to death, we would have to compare produce grown under one system, in this case conventionally grown produce, to produce grown some other way, presumably organically grown produce.

Now this doesn’t mean a consumer is “wrong” to prefer organic. There are environmental and other reasons to prefer organic. On items such as milk and meat, as Lauri alludes to, there are issues about animal treatment, although the organic rules are actually pretty lax on these standards.

And besides, we do not have perfect knowledge. It is possible that Lauri is right. It is just that we don’t have a scientific basis to believe so.

This is important from both a public policy and marketing standpoint. We need to be very cautious here because if we encourage consumption of organics for health reasons we are, intrinsically, disparaging conventional produce. It is very possible that this disparagement of a lower cost alternative could result, overall, in a net decrease in produce consumption and an increase in consumption of other, less healthy items.

It is called the Law of Unintended Consequences and its sway is very strong.

We thank Lauri for adding a consumer perspective to our discussions on this issue.