The Pundit’s mailbox overflows with nice notes, well wishers, constructive criticism and extravagant presents… Much appreciation to all for taking the time to help launch this project and, as I was taught by Momma Pundit, I promise to catch up on my thank you notes as soon as possible. But special thanks to Bryan Silbermann, President of the Produce Marketing Association, who will go down in infamy as the author of the first industry-oriented letter to the Pundit:

Good morning Jim and congratulations on your new Perishable Pundit. Lots of fun stuff to read and debate. If you want to start the punditry with some lively exchange, herewith my suggestion:

I hate the word “perishable.” In fact, I’ve argued before, often, for its banishment from the food business. What we need is a mass “search and replace” whereby “perishable” is replaced by “fresh foods.”

“Why?” I hear some pained cries.

“Perishable” (to describe a category of food) is a word that was coined in the grocery business in a century past by merchants who wanted to differentiate shelf-stable groceries from the fresh foods that needed more TLC than did cans on the shelf. The word is inherently negative in meaning, projecting something that is on its way to dying (yes, like all of us). When the food business professes to be consumer-centric, why would it use a word of such pejorative connotation to describe so broad a range of foods that are so wonderfully fresh, so close to nature? “Fresh foods” are foods that are delivered with care and tenderness and an attempt to retain perfection; “perishable” foods are delivered with an eye focused on their expiration, not on their freshness.

Lest you think that this harangue has no resonance, let me add that I’ve had senior executives at some supermarket companies change their titles from “Perishables” to “Fresh Foods” because they agree that the future is fresh, the future is not perishable. “Perishables” are a dying breed!

Words, as you know probably better than anyone in this business, are powerful weapons in changing attitudes. Let’s use the right ones. The ones that sing, the ones that resonate, the ones that aren’t about death and dying but are about life and the fun of living. Jim, please do what you can to put “perishable” to death.

Bryan is profoundly persuasive in explaining why perishable should be replaced with Fresh Foods and, clearly, anyone who promotes perishable departments to consumers is making a mistake …and yet I did elect to name this project Jim Prevor’s Perishable Pundit. A decent respect for the opinion of mankind (or at least of Bryan Silbermann and Karen Caplan of Frieda’s, who expressed similar sentiments in a letter to me) compels me to explain myself.

First, I have found a valuable rule in business: Deal with the world as it is and not as one might like it to be. A decade ago when we came out with the premier edition 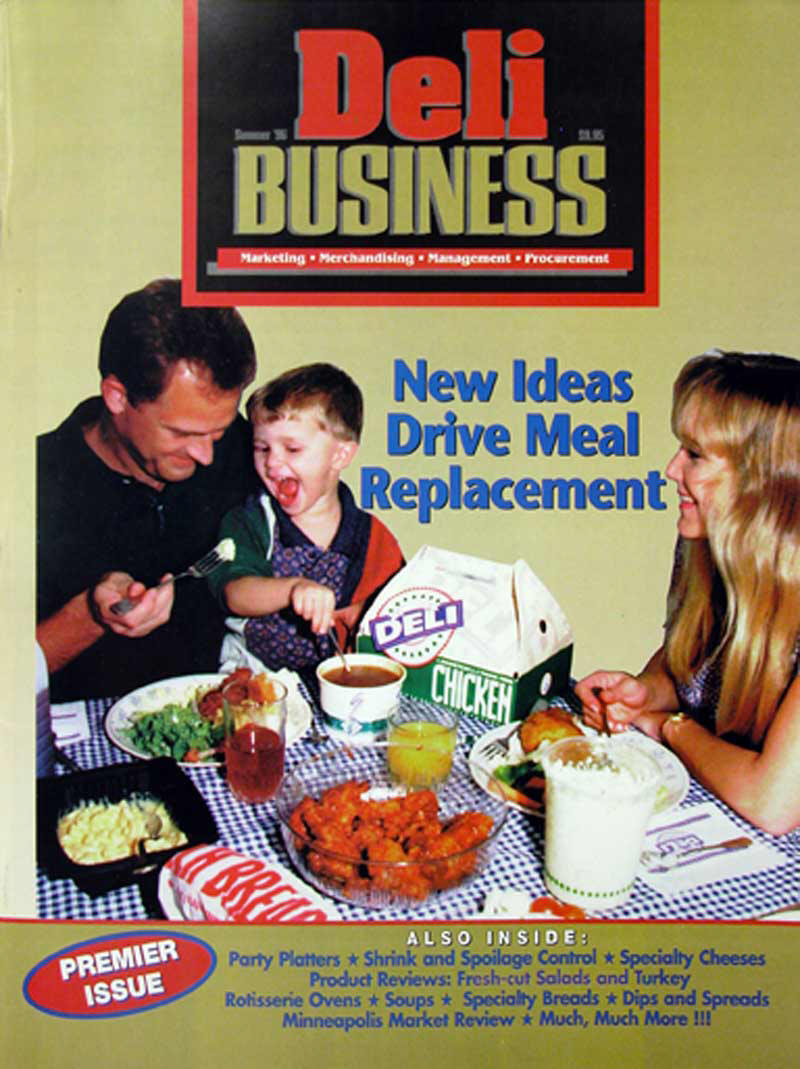 of DELI BUSINESS, we were widely attacked as not being progressive enough. The hot trend was a weirdly named thing called Home Meal Replacement or HMR, and we were told that we were a dinosaur out of the gate and should have called the magazine HMR magazine, Meal Solutions magazine, Supermarket Foodservice Magazine, Takeout Food Magazine and 20 other such titles. All of these titles were used in one form or another on publications or events over the next few years and all are out of business. And the lowly, prosaic deli is still here, as is DELI BUSINESS. It is just that now delis and DELI BUSINESS are filled with foodservice, from rotisserie chicken to wok stations to Mexican food bars and sushi counters. So maybe, despite Shakespeare, there is not as much in a name as would appear.

Nothing is forever, and surely the title could one day change but, for today, the overwhelming majority of vice presidents or directors in charge of produce, deli, meat, poultry, seafood, dairy, bakery and floral are called Vice President or Corporate Director of Perishables.

This daily is the only publication perfectly aligned with their sphere of interest. Not so narrow that it requires reading 20 industry-specific publications to keep up and not so broad as to include information on managing the paper plates and the canned soup.

So, we accept a realistic positioning today — without thinking that this precludes change tomorrow.

Second, what about Floral? Cindy Rapshus is Chairman of PMA’s floral council and VP of Floral for the new Albertsons (which consists of the units Supervalu has purchased, as opposed to the rest of the supermarkets that were purchased by Cerberus Capital Management, which was definitely the dog in the deal). William Byland of Micky’s Minis Flora Express is Vice Chairman, and, working with PMA Vice President Terry Humfeld, they have been presiding over a renaissance of floral in PMA.

Floral-related booth sales are blooming and PMA has joined a group organized by the Wholesale Florist and Florist Supplier Association called the Floral Logistics Coalition where PMA’s ace on techno issues, VP Gary Fleming, is helping with harmonization of data standards. And coming up in the wings for one of the floral spots on the PMA boards is Winn-Dixie’s floral director Cindy Hanauer, who has impressed a lot of people. To paraphrase Daniel Webster, it is a small department but those who know it, love it.

Calling a VP a VP Fresh Foods is a terminological inexactitude if that person is responsible for floral as he or she inevitably is. So, sticking to perishables is a vote for clear thinking — although one of the few exceptions to the VP Perishables term is Cindy Rasphus’ boss, Jim Smits, Group VP of Fresh Foods, who is doing great things at his new perch.

Third, there are many audiences to be performed for, and although it is true that perishable is not going to be a hot seller for consumers, fortunately at retail, consumers get introduced to individual department names, such as seafood, farmstand or deli, and they are not exposed to corporate groupings, which is really inside baseball. Internally, for associates, the term perishable may be just the spur to action, the reminder of the urgency of the task that is required. After all, the stuff is, well, perishable. It has to be kept refrigerated, rotated properly, etc.

Fresh is not a type of food; it is a temporary condition of food. Fruits, vegetables, meat, poultry, cheese, bakery products, prepared foods… all these are fresh, right up to when they are not. All these foods are always perishable.

And finally, food is not the only thing that is perishable. Much like fresh food, words that seem so brilliant today are almost always tarnished by the passage of time. The word “perishable”, on screen, is thus a good word of caution for the reader, and Pundit, alike.

But I like fresh foods too and, so, a concession: For those who simply can’t bring themselves to write out the word perishable, just enter www.FreshFoodsPundit.com in your browser and you will automatically be redirected to our site.