A Favor For The Jr. Pundit

We highlighted the efforts of the Jr. Pundit Primo, aka William, to improve the healthfulness of his school menu in Prince William’s Produce Requests and King Of The Lunchroom.

Maybe his efforts helped a bit as his school foodservice program just won an award: 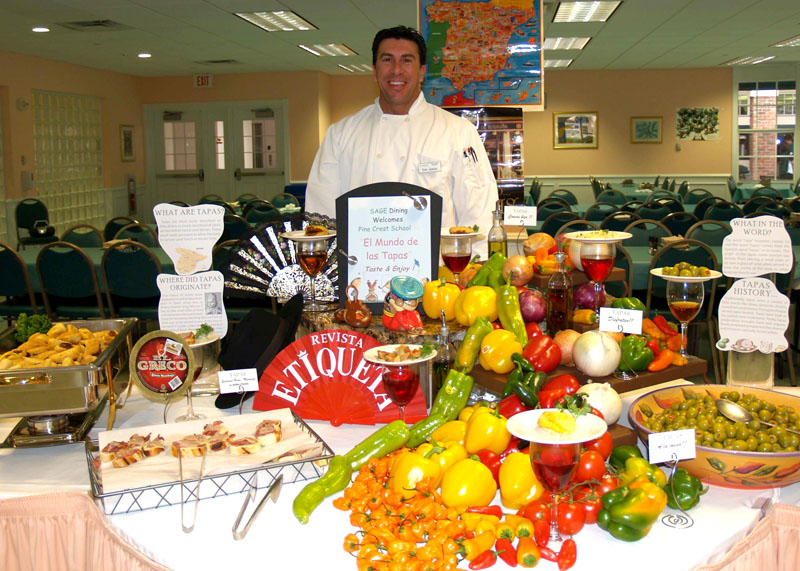 Everyone has heard the clichéd horror stories about school cafeteria food. Everyone, that is, except for the students at our Boca Raton campus. Campus Food Service Director Don Janezic and his staff were recently presented with the Best Program Award from their employer, SAGE Dining Services, for continually offering the best of all the SAGE programs and exemplifying the company’s vision of superior service and delicious cuisine. This award is given to only three teams (one in each region) out of the company’s 158 food service operations nationwide.

We are going to be bidding hard at the annual auction to win William the King of the Lunchroom spot again so he can continue to press for healthy meal options.

In the meantime, though, we have a favor to ask for six-year-old William. His kindergarten class is studying geography and would like to receive postcards from around the world — preferably containing some information about local activities and landmarks.

We were thinking that it would be great if the industry used this opportunity to teach the class where different items are grown, so if you are willing to send a postcard to help the class learn what is produced where, please be so kind as to send it to:

If we get a good assortment, we’ll take a photo of the montage and report back later. Many thanks in advance for helping the Jr. Pundit and advancing produce literacy.