Univeg, the Belgium-based group that has grown from its founding in 1983 as a mushroom farm started by Hein Deprez, the present CEO of the group, to a multi-national giant with business units in 14 countries, dropped a surprise on the attendees at Fruit Logistica in Berlin:

Today, Univeg signed a Letter of Intent to enter into a transaction with READY PAC.

Ready Pac is a California-based company with subsidiaries in Texas and at the East Coast in Florence, Swedesboro and Jackson. Ready Pac comprises 7 factories with activities in value-added fruit and vegetables. Year sales are more than $700 mlllion.

The transaction will include a large capital investment into Ready Pac’s working capital. This new capital and the operational resource to be provided by Univeg, will allow Ready Pac to continue to aggressively grow their business platform. 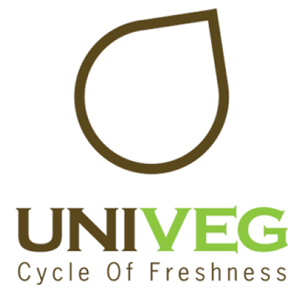 Univeg is a very aggressive company that has grown very quickly. Most recently, in 2006, it merged with the Verona, Italy-based Bocchi group, which doubled the size of the company. It is best known in the U.S. for its involvement with Seald Sweet, with which it partnered in 1998 and later increased its ownership to 80%.

The deal between Ready Pac and Univeg has been struggling to be born for some time. Indeed there has been at least one prior deal that fell apart around the time of the Taco Bell situation.

It is probably a good deal for both parties. Ready Pac will benefit from additional investment and Univeg will acquire the ability to serve its European customers who have operations in the U.S.

Univeg is headquartered in Belgium, as is Delhaize. In America, the U.S. operating brands for Delhaize include Food Lion, Bloom, Bottom Dollar Food, Harvey’s, Hannaford, Kash n’ Karry, Sweetbay — over 1,500 stores in 16 states.

The European practice is to have a few trading companies serving as the portals to the key retailers. They bring in produce from dozens of countries and control market access due to their strong relationships with retailers.

Much attention has been paid to global sourcing efforts. Univeg is both progressive and smart; the company undoubtedly sees an opportunity to service its European customers, such as Delhaize, all around the globe… including America.

Seald Sweet was an experiment on a new continent; Ready Pac is the rollout of an idea.

And it is an idea that will challenge many settled American attitudes in business. As vendors start losing business because they can’t support a global supply pattern, they will realize that the world is changing, fast. Univeg is getting out in front of the future.