United Meets With Challenges Ahead

As the industry prepares to assemble in Chicago for the upcoming United Fresh Produce Association trade show, the last one to be regularly located in Chicago, United Fresh announced its new board of directors:

Washington, D.C. — Chairman of the Board Development Committee Matthew Caito, Imagination Farms, has announced new officers and Board members elected to serve on the United Fresh Produce Association Board of Directors, effective at its May 5, 2007 meeting. 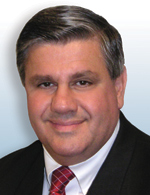 Ascending to Chairman of the Board is Emanuel Lazopoulos, Senior Vice President, North America, Sales, Marketing and Product Management, Del Monte Fresh Produce, Coral Gables, FL. Lazopoulos started his career in the produce industry in 1979 with Castle & Cooke, now Dole Food Company, after graduating with a bachelor’s degree in Agriculture Business from the University of Delaware. His progression through the company culminated in the position of Vice President of Sales for Dole Fresh Vegetables. He then moved to Salyer American Fresh Foods as Vice President of Sales and executive committee member. He subsequently worked for DNA Plant Technology before becoming one of three Managing Directors who founded and co-owned NewStar Fresh Foods, LLC in Salinas, CA. In June 2003, Lazopoulos joined Del Monte as Vice President of Fresh-Cut and after two years was promoted to his current position. In his present capacity, he oversees North American sales and marketing programs, as well as management of all Del Monte’s products imported or grown in North America. Lazopoulos is also one of the founders in the Pessagno Wine Group in the Santa Lucia Highlands of Monterey County.

Elected as Chairman-Elect is Tom Lovelace, Executive Vice President, McEntire Produce, Columbia, SC. Lovelace has over 30 years experience in the fresh-cut produce and quick service restaurant industries, and now serves as Executive Vice President of McEntire Produce, a fresh-cut processor, tomato re-packer and vegetable wholesaler. He previously served as Senior Vice President of Performance Food Group and Chairman/CEO of Fresh Express from 1995 to 2004. During that time of rapid consolidation, PFG acquired Dixon Tom-a-toe, Redi-Cut Foods and Fresh Express. Prior to joining PFG in 1995, Lovelace spent nine years with Coronet Foods involved in both its fresh-cut processing operations and its bulk iceberg growing/shipping business in Salinas. He began his career with McDonald’s Corporation, spending 16 years with the company in an operations and supply chain management capacity. 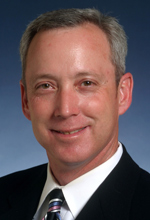 Current Co-Chairmen, Maureen Marshall, vice president of Torrey Farms Inc. in Elba, NY; and Mark Miller, President/Owner, Fresh From Texas, San Antonio, TX, will hold the office of Immediate Past Chairman, and remain on the Board and the Executive Committee for one year.

The following industry leaders have been elected by the membership to serve on the United Fresh Board for a two-year term beginning May 2007:

Hall is Executive Director of the Georgia Fruit and Vegetable Growers Association, a role he has held since 1996. He is also the CEO of the Association Services Group, an association management firm focused on agriculture related commodity organizations. Hall began his career at Georgia Agrirama, State Museum of Agriculture where he served as chief executive officer for the 75-acre living history museum. He then became Director of Member Services for Georgia Farm Bureau Federation. In 1985, Hall joined Paul French & Partners, where he served as COO for 10 years. Hall has a bachelor’s and master’s degree from the University of Georgia, Athens. Currently, he is the director of the UGA Ag Alumni Association Board and a member of the Association Management Company Institute Board of Directors for the Georgia Society of Association Executives.

Rawl is Director of Sales, Marketing and Product Development for Walter P. Rawl & Sons in Pelion, SC. As a child, Rawl spent summers working in the farm fields alongside other family members in a business started by his grandparents in the 1920s. After earning a bachelor’s degree in agricultural economics from Clemson University in 1994, he joined the company full-time and has been influential in its progression to a major grower/processor/shipper of quality fresh vegetables. Rawl is a 1997 graduate of the Produce Industry Leadership Program, and is a current member of the United Fresh Government Relations Council. He is a past president of the Leafy Greens Council and a past board member of Southeast Produce Council. In 2006, he was named by PRODUCE BUSINESS magazine to the “40 under 40” list. He is active in a variety of other national and state organizations, including the South Carolina Farm Bureau Association, SC Young Farmer Committee, and Future Farmers of America.

“I’d like to personally thank Matthew Caito and the Board Development Committee for their work this year in nominating an outstanding individual in Tom Lovelace to serve as Chairman-Elect, and five great new Board members who bring specific technical expertise and representation of very important constituencies to serve our overall membership,” said United Fresh President Tom Stenzel. “I’d also like to thank those leaders who are concluding their service at this meeting, and truly honor them for giving back so much in their time and resources to serve our industry.”

It is interesting to note that, excluding processors, while five (or 50%) of the departing board members represent buying organizations — RLB, Four Seasons, Strube, Pro*Act and HEB — only one (or 20%) of the new board members comes from the buy side — McDonald’s.

The structure of the board will likely be very important as United’s board will be wrestling with important issues in the year to come. For example:

Each issue is, itself, enough to challenge any group of industry leaders. We thank all the board members for being willing to serve. Taking on the responsibility of helping United and the industry grow and prosper is an important job. We are fortunate so many high caliber people have been willing to do this important work.