Trevor Suslow Of UC Davis Speaks Out:
Reflecting On Pathogens, Produce, And Practices

Trevor Suslow is Extension Research Specialist, Preharvest to Postharvest Produce Safety at the University Of California, Davis. There is nobody in the world who has spent more time studying the food safety issues surrounding cantaloupes. In light of the Jensen Farms outbreak, we are pleased to share this reflective piece: 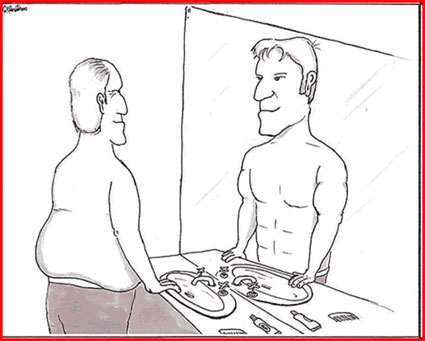 MIRROR, MIRROR ON THE WALL…

From the information available at this time, it appears clear that an exceptional combination of factors converged with the result of widespread facility and product contamination. I firmly believe, based on my experience and exposure to produce production and postharvest handling nationally and internationally, that a combination of failed or absent preventive hurdles will ultimately emerge as the key factors at this one operation.

However, I am equally certain that potential or likely predecessors exist more broadly than is being truthfully and self-critically appraised. I am concerned that members of the broad produce industry are too readily dismissing this as the negligence of “one bad actor” rather than taking the information, as it comes into the light, as a critical time for re-assessment of vulnerabilities.

Though the investigation is on-going, this is the responsible time to become better informed about the systemic nature of the linkages that exist between pathogens, produce, and practices. In all operations there exists the potential for shifting levels of risk inadvertently, by indifference or by ignorance, from routine and safe to beyond the boundaries of our control.

When it comes to food safety, I am a firm believer in the saying and in applying, “You don’t know what you don’t know”. I know this applies to me and I try very hard to guard against complacency in challenging my deficiencies in subject areas beyond my expertise or my version of common sense.

Recently, I was driving around a rural farming area between extension meetings, as I often do, just to see what was going on locally. A field had been staged for harvest and what struck me was the close proximity to a potential source of airborne contamination. Not the field itself but the equipment and packing materials that would subsequently be brought over to the scheduled harvest blocks.

By chance, that potential became reality as a plume was discharged and drifted across the area. I was the only one around to observe this event and I could not know that anyone responsible for the harvest operations would observe or react to this hazard. Clearly the person who dropped the materials and equipment at this spot wasn’t in tune with the risk potential because it was that obvious.

It was easy to determine who to contact and the situation was corrected immediately and communication of the concern was shared with all involved. The likelihood for contamination was more certain than in most situations where a specific practice or potential for exposure to pathogens may be observed, but one can only speculate as to whether a random illness or identifiable outbreak would ever result. Even in this situation, it is most likely that other food safety controls would have had to fail or other handling practices or fresh processing would have to promote growth of any live pathogens. The fear is that no one down the supply chain would have a clue of this exposure if the people on site didn’t see a problem.

Would a documents audit or even on-site harvest-ops audit get positive marks for having packing material off the ground and equipment surfaces cleaned between fields? I have no doubt that full scores would be awarded. Would the auditor recognize the concern I felt existed in the absence of being at the site but not present during an actual exposure event? I believe that most of the time the answer would be yes; however the long skepticism that has limited confidence within and outside the industry for the uniformity of skills applied to produce audits has not been diminished by a series of apparent deficiencies connected to several outbreaks and recalls.

I am not suggesting that the produce industry as a whole is riddled with failures in preventive food safety management; however, I have used the cartoon above in many GAPs workshops and industry trainings over the past several years to promote the need for honest self-appraisals.  Sometimes, it isn’t easy to look in the mirror and accurately assess the reflection. Self-awareness also doesn’t always work, especially if one isn’t trained to recognize the problem, which may be subtle or complex. Perhaps worse, it does no good to have someone entrusted to point out the flaws merely give you a sense of false perfection or false security by a poorly constructed judging system and limited or absent secondary review of reports.

The whole supply chain should be considering what actions each link should take to prevent a re-occurrence of recent events. I sincerely hope that at least these two broad actions among the supply side will emerge from the immediate aftermath of this tragedy.

•  All operations should take a team approach to re-analyzing hazards and practice-specific risks with individuals of diverse background, including experienced individuals from cross-operational units and external experts.

• Though applicable to all scales, medium and small-scale suppliers especially should become informed and ideally participate in the evolving educational programs being developed by the Produce Safety Alliance. As the training programs being designed in anticipation and in advance of the pending FDA Produce Safety Rule become a reality, it is critical that growers and handlers commit to attend, extract, and even challenge the practicality of information and guidance that is intended to assist in skill-building towards effective preventive program design and self-audits.

Trevor is a good person and, without a doubt, he has been shaken to the core of his being with the thought that a supply chain to which he has offered much counsel should now be responsible for such loss.

We can only endorse the idea that this is a time for reflection.

Trevor is also 100% correct that we are hearing in the industry too many attempts to demonize Jensen Farms.

As we mentioned in this piece, Jensen Farms may have made mistakes but the kind of mistakes it made could well happen again to other people in other contexts.

Demonizing them as somehow off the scale of produce operations has the convenient, and false, effect of making everyone feel like it couldn’t happen to them.

If you believe in the regulatory state, you also have to say that regulators failed in their responsibility to articulate and enforce clear standards that would have prevented such a problem.

As Hillary Clinton taught us, “It takes a village,” she was referencing the fact that children are raised in an environment, and what that environment supports makes it easier or harder for parents to raise their children as they would choose to.

Well, so it is with food safety. Every operation exists in an ecosystem. We need to ask if that overall ecosystem — legal, regulatory, buying end, etc. — is the sort that encourages the thoughts and actions that lead to food safety.

Jensen Farms seems to have failed, but it did not fail alone.

Many thanks to Trevor Suslow for sharing his informed thoughts with the industry at large.