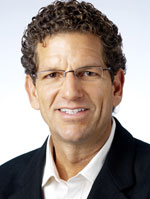 The Center for Produce Safety at UC Davis has named Tim York, president of Salinas-based Markon Cooperative, as chair of the center’s new board of advisors. With 30 industry, academic, and regulatory members named to the advisory board of the Center for Produce Safety, UC Davis is poised to further advance its research and education partnerships on foodborne illnesses such as E. coli.

York brings a strong agricultural and food processing voice to the Center for Produce Safety. “Tim York’s leadership on the advisory board will allow UC Davis, other research centers, the produce industry, and regulatory agencies to work together to establish the critical scientific foundation for ‘best practices’ that provide a safe food supply for the public,” said Devon Zagory, interim executive director of the Center for Produce Safety.

“The Center for Produce Safety is a critical step forward for the produce industry,” York said. “The center’s mission is to provide ready-to-use, science-based solutions that prevent or minimize produce-safety vulnerabilities. I am pleased to have been asked to serve the industry in this capacity.”

Markon Cooperative, Inc., based in Salinas, Calif., is a leader in procuring fresh fruits, vegetable and juices for food companies throughout North America. Under York’s leadership, Markon has long been a leader in food safety, quality control, and innovation. York formerly served as chair of the national Produce Marketing Association’s board of directors and served on the U.S. Department of Agriculture Fruit and Vegetable Industry Advisory Committee.

At the Center for Produce Safety’s first advisory board meeting, Zagory and York worked with board members to establish priorities for the center, such as developing university and produce-industry partnerships, assimilating research data on produce safety, and establishing an ongoing research program.

The Center for Produce Safety works closely with the Western Institute for Food Safety and Security, also based at UC Davis, to address numerous food safety issues, including foodborne illnesses. The center was established in 2007, and will appoint its permanent executive director in February 2008.

Tim is a logical one for this position. As a former Chairman of the Produce Marketing Association, he is trusted by that organization, which is providing significant financial support to the Center for Produce Safety. As an executive with a buying organization, we avoid the difficulties that would come from having one shipper chair the Institute as we approach other shippers for financial support.

Tim has become an indispensible asset for the produce trade. After serving as chairman of a national association, many would feel they did their bit for the industry. Yet Tim took a leadership role in the resolution of the trade’s food safety crisis — an activist activity for which we named him one of the winners of our Single Step award.

We have been pleased to work with Tim as a valued Pundit contributor, most recently right here, where he proposed an industry initiative on sustainability, which led us to begin work on an industry conference on sustainability and social responsibility. If you are interested in participating in this work please let us know here.

In the end, we are limited in what we can do with food safety by the limits of our knowledge, and the Center for Produce Safety is the industry organization dedicated to increasing that knowledge. Tim York is thus chairing the board of an organization that is exceptionally consequential to the future of the industry. We wish him every success.