The signatories to the Buyer-led Food Safety Initiative represent a compilation of buying power never before assembled in the produce industry to achieve a common good: Enhanced food safety.

The names and companies that comprise this initiative are legion:

And, there is simply no doubt that this group has been key in pushing along the trade’s most important initiatives.

We’ve devoted many words to this initiative. We’ve tried to be supportive but also cajoling. And recently, we’ve been urging the buyers, who at one point specifically urged the formation of the California Marketing Agreement for lettuce, spinach and other leafy greens, to stand up and announce that they were prepared to restrict their supply chains to companies that either sign the CMA or, at very least, are independently audited to meet or exceed CMA standards.

Today, Tim York, who is, along with Wegmans’ Dave Corsi, the founder of the initiative, sent us a letter: 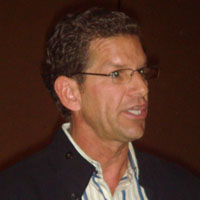 Thank you for the support you have expressed for our buyers’ initiative over the past several months. Your support, information, and input have been important as we discussed our next steps.

The associations should be congratulated for the work they have accomplished.

Further, the announcement by Bryan Silbermann of plans to develop a produce safety research initiative at University of California, Davis, with financial support from PMA and additional funds from public and private sources in the state, will further advance the associations’ efforts. This is a critical part of the industry’s produce safety activities and I am pleased to have been asked to be involved.

We continue to call upon all California handlers of lettuce and leafy greens to adopt the CMA. It is critically important as an industry that we set forth a common foundation for food safety and send a clear message to legislators, regulators, and consumers that everyone in the fresh produce industry is committed to working together toward safer food.

Many thanks to Tim for his letter. We appreciate the kind words about the Pundit and if we have been able to encourage the very good minds behind this initiative to think even harder about how to move the industry forward, then we consider that a great compliment.

We also agree with Tim that much has been accomplished. Tom Stenzel of United Fresh and the Pundit got a chance to chat recently, and Tom opened the conversation by asking “So Jim, is this it? Is working on food safety destined to dominate the rest of our lives?”

To those busy selling produce, it is almost inconceivable how much work has gone into food safety. Bryan Silbermann of PMA said it early on: The veterans in the industry went through the Alar crisis and the Chilean grape/cyanide crisis, and we thought we knew what a food safety crisis was like. But nothing, simply nothing, in the history of the industry prepared us for what has happened.

And the buyers have been an important part of moving the industry forward during this crisis.

Here at the Pundit, part of the “dealing” with food safety is handling phone calls. And, literally, every day for months, someone has called — a big producer, a commodity promotion group, a state department of agriculture, a non-US producing group.

Although, of course, they are interested in what the government is doing and what the associations are doing. The key question asked with urgency time and again is this: What are the buyers going to do? They ask it of each commodity, each region, each country.

As much as anything, it is because of this notion that the buyers will soon be demanding better standards that in commodity after commodity — from tomatoes to melons to berries and on and on — initiatives all over the industry have sprung up, initiatives with urgency, to improve food safety. Over and over again at these regional or commodity-specific meetings, you hear the leadership talk to the growers and they repeat, over and over, “let us write the standards ourselves before the buyers start writing them for us.”

So we have no hesitancy in saying that Tim and Dave and each subsequent signatory to this initiative have done a good thing for the industry.

Yet the approach of the deadline for the California Marketing Agreement also points to the limitations of this approach.

Tim proudly points out that 17 of the 22 company signatories are telling suppliers that they are either “strongly encouraged” or required to sign up for the CMA.

It also is very true that many buyers who are loath to send out public announcements have quietly and behind-the-scenes been urging suppliers to sign the agreement.

Without a doubt, if these buyers hadn’t been applying “encouragement,” the CMA would have had less participation than it has.

Still and all, long term, the important thing for the industry is not how many suppliers get muscled into signing up right now. The long term future of food safety efforts depends crucially on how buyers are actually going to buy.

To their everlasting credit, both Markon Cooperative and Wegmans are among these six, as is Kroger. The other three are keeping their identity quiet.

What these six are doing is essential because it is the assurance of a market for produce grown to a higher food safety standard that will, in the end, encourage production to that standard.

Vendors are very concerned that even the six buyers who have committed to constraining their supply chains might opt out if the price differential between produce grown to CMA standards and other produce becomes too great.

Those who have refused to commit to a constrained supply chain are, however, publicly maintaining their options to buy less expensive product even if it is grown to a lower standard. This is problematic.

Suppliers of produce, like all suppliers, can only provide the quality that the market is willing to pay for. Individual buyers can’t haggle over food safety; it has to be in the specs for the product.

And, as of today, only six of the signatories to the Buyer-led Food Safety Initiative have been willing to add the CMA standard to their specifications.

Of course, the buyer-led signatories are only part of it. We are not aware of any buyers who were NOT signatories that have publicly declared they were going to restrain their own supply chain.

Other buyers are working with vendors that, although not signatories to the CMA, claim to exceed the CMA standard — yet we know of not one single buyer who cares enough about the credibility of this statement to demand a third-party audit attesting to these claims. Safeway has said that it won’t require CMA membership of its suppliers in part because it is incompatible with its overall relationship with Chiquita, parent company of Fresh Express, which has not signed the agreement. Fair enough, but Safeway should certainly require an audit that Fresh Express is living up to its professed high standards.

The industry has focused a great deal on standards. That is what the new GAPs are all about. But standards are only important if buyers value them. Otherwise, as night follows day, producers will see value in growing to lesser standards.

The Buyer-led Food Safety Initiative has played a positive role in nudging the industry toward higher food safety standards. Its leaders and signatories have exhibited a kind of personal heroism in trying to safeguard their customers and to move the industry to a higher level.

Now, however, we need to start focusing on the cultural pre-conditions of food safety.

In our piece, Pundit’s Pulse Of The Industry: Cheesecake Factory’s Kix McGinnis Nystron and Everclean Services’ Jack McShane, we discussed an interesting fact: Cheesecake Factory not only has regular audits of its restaurants but the bonuses of its managers are based, in part, on these scores.

This tying of compensation and food safety is, to large extent, the prerequisite to developing a culture of food safety.

Another possibility might be to simply segregate functions so as to avoid conflicts of interest.

Over and over again, we hear vendors laughing at the self-proclaimed concerns by buyers regarding food safety. The story is always the same. The vendor visits the buyer’s headquarters, the VP is in the meeting and gives a speech about food safety being the top priority. The vendor lays out a plan for exceeding all food safety standards, all shake hands as the VP leaves to let the buyer work it all out. And the first words out of the buyer’s mouth are, “This is great but how are we going to be able to take advantage of dips in the market?”

We don’t really blame the buyers. They are paid to get the best deal and are not restricted on food safety quality.

In our piece Insightful PMA Food Safety Session Reveals Buyer Hesitancy, we suggested that what is needed is a separate department, such as Quality Assurance, to act independently of produce buying staffs to establish food safety specs and pre-authorize vendors.

We thank Tim for his letter, salute the signatories for their efforts and note the limits of how far most buyers, with many competing interests, seem able to go. We need a structural solution to make sure that food safety comes out on top when interests are in conflict.