The Thought leader panel has long been a hallmark of the New York Produce Show and Conference. You can review the “Who’s Who” of Thought Leaders we have heard from each year at these links:

This year we have broadened our thought Leader focus to include both the breakfast panel and a series of  one on one discussions throughout the day of the Show.

We announced the first group of industry Thought Leaders with this piece:

As the Industry Transitions from The Great Collaboration to The Great Acceleration:
Announcing the 2021 Perishable Pundit Thought-Leaders at The New York Produce Show And Conference

This year, we highlighted our distinguished Thought-Leaders including: 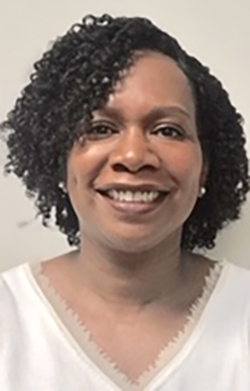 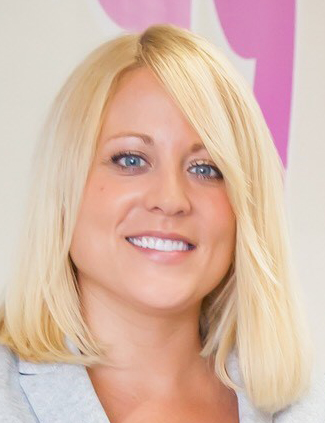 Now we are pleased to announce Phase II of our Thought Leadership Program:

Rich Dachman is the Chief Executive Officer of Brighter Bites. Rich comes to Brighter Bites with more than 40 years of experience in the produce industry, 28 of them at Sysco, the world’s largest broadline food distributor. He retired from Sysco in June of 2019 as Vice President of Produce for the global company. He had been a member of the Brighter Bites Board of Directors for more than three years. Rich was awarded the Foodservice Achievement award by The Packer in 2010, and served as chairman for the Produce Marketing Association in 2012.

Wendy Reinhardt Kapsak, MS, RDN, is the President and CEO of the Produce for Better Health Foundation (PBH). At PBH, she guides the Foundation’s efforts with hundreds of public and private partners to advance the overall effort of increasing fruit and vegetable consumption for happier, healthier lives. Under her leadership and through a two-year transformation, the organization launched the Have A Plant® Movement in 2019, which today, is reaching and inspiring hundreds of millions consumers to eat and enjoy more fruits and vegetables each and every day.

Prior to joining PBH, Wendy was the Global Lead for Food, Nutrition and Health Partnerships at the Monsanto Company (now Bayer Crop Science). While at Monsanto, her efforts focused on bridging the food, nutrition, culinary and agriculture communities for greater understanding and collaboration.

Prior to Monsanto, Wendy served as Senior Director of Health and Wellness at the International Food Information Council (IFIC) and IFIC Foundation in Washington, DC. While at IFIC, she directed food and nutrition communication strategies, including consumer research, opinion leader and media outreach, as well as publications and partnerships, for multiple food safety and nutrition-related issues.

Wendy earned bachelor’s and master’s degrees in Nutrition and Exercise Science from the University of Missouri, Columbia and James Madison University, respectively. She completed her dietetic internship at Yale-New Haven Hospital — an affiliate of the Yale University School of Medicine.

Wendy currently resides in St. Louis, MO with her husband, Dan, and their three children, Drew, Evan and Ava.

Jacob Krempel is the Vice President, Procurement at HelloFresh, the global leader in meal-kit delivery. In this role he oversees all procurement strategy and operations for the US business segment. Jacob brings 15 years of industry experience, with the unique perspective of having spent time on the grower side at L&M, at retail in various procurement and merchandising roles at Kroger, and finally in the rapid growth meal-kits segment at HelloFresh since 2017. Jacob resides in New Jersey with his beautiful wife, Angela, and three adorable girls.

Started working at a Farmer’s Market store at the age of 14, had the opportunity to start my journey from a retired A&P Produce Manager that was an expert at making margin off his ordering.

After 13 years in total with ACME, started with Wal-Mart as a regional produce buyer in Winterhaven FL.

Promoted to Category Manager for Wal-Mart and then to Produce Merchandise Manager overseeing the Vegetable Segment of the domestic USA business for Supercenters & Neighborhood Market stores.

Life Decision to come back home in 2008, really the last 12 years spent on the supply side of the produce business.  General Manager roles in repack, storage and logistics.

Tim York is the CEO of California Leafy Greens Marketing Agreement. The LGMA was formed in 2007 to protect public health. A collaboration between government and farming communities, the LGMA incorporates science-based food safety practices and mandatory government inspections in an effort to assure safe leafy green products. Mr. York joined the LGMA on December 1, 2020.

Prior to the LGMA, Mr. York worked with Markon, starting in 1985 as Purchasing Director and President 1990-2020. Markon is a Salinas, California based purchasing, marketing, and logistics cooperative serving independent foodservice distributors.

Mr. York has been instrumental in the industry addressing food safety and was integral to the formation of the Center for Produce Safety in 2007, serving as its Chairman from 2007-2012. He has been engaged in other industry-wide efforts including the Stewardship Index for Specialty Crops, Produce Marketing Association (Chairman 2003), Produce Traceability Initiative, Alliance for Food and Farming, and Canadian Produce Marketing Association.

The New York Produce Show and Conference is, of course, about trade, but it is about more than that. It is about building a better industry and a better future. So we carefully select industry leaders who have done interesting things and are in a place to help build a better tomorrow. So today’s additions include  a premier company in the rapidly growing meal kit space, a man whose history is diverse across the board but was a pivotal player in the early days of Walmart’s produce rollout and, today is helping facilitate the east coast rollout of an important discount concept. Another is dedicated to reversing declines in produce consumption that threaten the future prosperity of the industry while, still another, has dedicated his professional life to finding a way to get poor children to eat more produce. Still another has the lead industry role in ensuring safe produce for consumers and minimal business interruption for the trade.

Come be a part of this incredible moment as the industry works together to transcend the pandemic and buoilda brighter future!

You can register for The New York Produce Show and Conference right here.

Let us know here if you would like a hotel room at the Headquarters Hotel.

You can check out the complete show website here.

And send us a note if you have any questions!

We look forward to convening with you in New York and begin building a bright future for the produce industry!