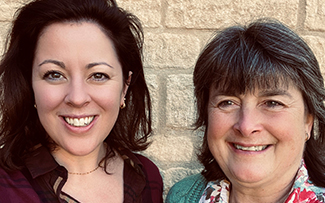 Are British consumers willing to pay more for locally produced foods? Will they buy imported products when their desired food is out of season in the UK? Do food and nutrition campaigns such as British Food Fortnight and Veganuary get their messages across? Do consumers feel a brand loyalty toward supermarket chains that demonstrate support for British growers and producers, or is price and convenience a bigger factor? Is supporting local farmers a bigger priority for consumers than buying organic? Consumers buy products with a quality assurance mark on the label, but do they know what standards go behind that seal? Are British supermarkets supporting locals or bringing in more foreign products? How can supermarket executives get behind the fresh produce industry in the UK to increase British foods’ branding message and increase sales?

These are some of the questions that will be answered by Jan England and Clare Otridge, managing director and account director, respectively, at England Marketing, who will be presenting “Do Consumers Still Love British Food?” at the London Produce Show 2022. The mother-daughter marketing team in Cambridgeshire, England, has been working with Love British Food, a non-profit campaign to promote consumer support and consumption of locally produced foods.

Jan England expressed excitement in having the opportunity to talk with the Perishable Pundit, as well as sharing her recent consumer research findings at the London Produce Show. We asked Linda Brockman, contributing editor at Pundit sister publication PRODUCE BUSINESS magazine, to find out more:

Q: Jan, we’ve been wowed by your research in the past. What inspired this specific research on British consumers and their local preferences?

JE: The Love British Food campaign has been around about 20 years. We do a lot of work with consumers on behalf of our clients, but we can’t share that information because it is commercially sensitive. So occasionally we do this pro bono, so we can share the findings. It’s an excuse to go to our panel and get some original data that we can use ourselves. Through Covid and over lockdown, we built a panel to about 2,000 people. We did a freebie for Love British Food, on the basis that we can use the findings ourselves, hence this report. So we are going to be presenting relevant bits of the report and what it means for the fresh produce industry. We are basing the presentation on our recent research project, “Do Consumers Still Love British Food?”

A: They are all foodies who are passionate about what they are eating and how it is produced. Our panelists are really engaged, and they love giving their opinions. One recently wrote a 600-word essay and provided a lot of useful insight. They have a bit more knowledge about the food industry, so we get much better responses. We started out small by asking friends and family to participate in focus groups, but when Covid hit we lost quite a few people. We couldn’t gather and we had to close down our taste testing hub. We decided to do more online, so my daughter Clare and the younger team, who are very much into social media, got the word out that way. We recruited more and have expanded into Scotland and Wales, so it is a nationwide project. Depending on the demographics needed by a client, England Marketing can start to segment it more efficiently, so if someone says, “I want to hear from people, age 35-45 with young kids,” we can start to do that and did that for this project.

Q: I saw a list of national food days celebrated in England. Apparently, National Veggie Month is celebrated in March in the UK. There are many other examples, like UK Picnic Week and Fair Trade Fortnight. Do these campaigns work to raise awareness regarding nutrition and health?

A: In the UK we have a lot of campaigns to promote “This Food” Week or “That Food” Week, but half the time, I don’t think consumers get the message. For 20 years, Love British Food has been doing a British Food Fortnight, which encourages people to choose British food when they are grocery shopping or eating out for two weeks in September and October. When England Marketing surveyed consumers to see how much awareness there was of the British Food campaign, and other campaigns, there wasn’t much.

Q: How can the industry increase awareness if the present method isn’t that effective?

A: While people care about what they are eating, they don’t have the time to research the foods they consume. When they go to the supermarket they are usually in a hurry. My opinion is that there are too many campaigns of this ilk in the UK. I think the food industry and the fresh produce industry need to collaborate more and possibly work more closely with the retailers to get the message out there. The industry is quite fragmented. Fresh produce does not have much branding – we haven’t got promotional boards like you do in the States. And there is no marketing budget. Without a brand, it is quite hard to push the credentials. With so many campaigns, the message gets watered down and it becomes confusing for the consumer. Consumers are willing to pay more for British products, but the supermarkets need to tell more of the story.

Occasionally farmers have benefitted from government funding but on the whole, the funding is going toward admin or a bit of support, but not helping with marketing. Growers with the AHDB (Agricultural and Horticultural Development Board) decided to disband the horticultural aspect of the organization because they didn’t feel the horticulture arm was doing anything useful. They would rather spend their levy money to promote themselves because the industry just wasn’t getting behind them.

Q: Were any of your findings surprising?

A: I don’t think there are any real surprises for anyone in the industry. I think the whole food industry is broken in the UK and consumers have echoed that. We touched on it in our report and we will discuss that in our presentation. With the war in the Ukraine, prices are about to go up hugely, which is going to put a lot of people in a difficult position with food and fuel. We don’t have a strategy in place that supports what is about to happen globally now.

Q: What can the British government do?

A: Consumers want the government to take more of a stand on food. Henry Dimbleby from the British Department for Environment, Food and Rural Affairs, wrote the Food Strategy and published the second half of that last summer, but the government hasn’t reported on that. At COP26, the Climate Change Conference in Glasgow in November, food wasn’t really covered at all and it should have been. Even consumers are saying there should be more done to promote British food at a local and national government level. Local councils should be insisting that we use local food to supply local schools and the hospitals, but the government hasn’t put that in place.

Many years ago we did a global series of consumer focus groups in the English speaking world. The US, Canada, Australia, New Zealand, the UK, Ireland and a few other countries.

I moderated the focus groups and, of course, didn’t let on my role in the industry.

Some of the groups were in the south of England quite close to the English Channel. In running the groups we found a strong preference for local. We also found a much more sophisticated consumer than we have in America, with relatively deep knowledge of issues such as sending local produce to distant depots for redistribution.

But we also found that in the mind of the British consumer the definition of “local” had virtually nothing to do with geography!

In fact after consumers in the group would give speeches about the importance of local — we would ask for clarification. “So, you want a great deal of produce to come from the north of France, some 30 milies away across the Channel in order to reduce carbon footprints etc.” The group participants would raise their voices, in unison, saying, “No, no, that is not what we mean.” In fact they considered produce from the hinterlands of Scotland, 800 miles away, to be their version of local and produce across the Channel in France to be foreign and distant.

Something tells me this presentation with Jan and Clare will be extremely revealing!

Come to The London Produce Show and Conference and gain insight from this new research. Admission is free and you can register here.

A few opportunities left for sponsorship and exhibiting. If you want to grab an opportunity let is know here!

We look forward to seeing you at ExCeL for th e relaunch of The London Produce Show and Conference!