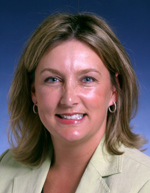 At the PMA convention this year, the association unveiled a new “Fresh Perspectives” networking event to celebrate and encourage the accomplishments of women in the produce industry.

Now comes word that one of the trade’s well known female executives has scored a major accomplishment: Steffanie Smith has been appointed as CEO of River Point Farms.

River Point Farms is one of the “secret giants” of the industry. Formed only in April of 2007 when American Onion and Rivergate Farms joined forces with CIC Partners, a private equity firm based in Dallas, Texas, River Point Farms now promotes itself as “America’s largest grower, packer, shipper and processor of onions; including yellow, white, red, sweet and organic onions.”

CIC Partners is what is known in the trade as “smart money,” tripling its investment in Buffet Partners (owners of Furr’s restuarants), recapitalizing Quiznos and quickly getting its investors all their money back while keeping the upside potential and venturing with Steve Barnard in a growth capital investment in CampoSol S.A. in Peru — not to mention a bunch of non-food winners, such as Restoration Hardware and the Texas Rangers Baseball Club.

People with this kind of record don’t choose their CEO’s lightly. So Steffanie’s appointment is a real endorsement.

It is also a reminder it pays to be nice to everyone. The Pundit remembers when Steffanie started work at the old United Fresh Fruit and Vegetable Association. Coming from an agricultural family, she gained a wide perspective on the industry during her time in Washington, DC.

On the professional side, she ultimately served for ten years as president of Pacific Pre-cut Produce before the company was acquired in 2005 by Taylor Farms. More recently, Steffanie has served as president of the Deli/Prepared Foods Division of Taylor Farms, the largest fresh-cut vegetable supplier to the foodservice industry. This put her at the epicenter of some of the most hot and happening products in the produce industry.

As if her love for the business wasn’t enough, she also loves the people — especially one Andrew Smith of Andrew Smith Co., a large Salinas-based supplier of bulk bins of lettuce and vegetables to the fresh-cut industry — who Steffanie married.

At the “Fresh Perspectives” event, they featured a speaker who had climbed Mt. Everest. Now Steffanie has climbed an industry summit, becoming one of still very few women to be named CEO of a produce company without owning it. Not absolutely certain which is a more difficult accomplishment.

Best wishes to Steffanie and River Point Farms for many years of productive association.

You can read the whole story here.