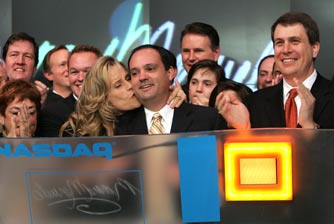 If you need evidence that mandatory regulation is no panacea — and of the importance of the media in focusing attention on public health and food safety issues — take a look at this video right here.

The public news is that this media attention has led to 63 vendor closings and three businesses with permits revoked at LA’s Seventh Street Produce Market. In addition, they made many referrals to the city attorney.

The publicity has led to a clean-up, as you can see on this video here. It also seems to have prompted a broader investigation with an additional 64 inspections at OTHER wholesale produce facilities resulting in 33 additional closures.

One wonders how many additional facilities around the country are not up to snuff.

This combines with the KFC/Taco Bell rat story, which we deal with here to point out three key points:

There are two other issues.

First, the poor condition of this market couldn’t have been a secret to the local trade. If the spinach/E. coli fiasco taught us anything, it should be that we may all be judged by our weakest food safety link. Surely the local trade could have done more to get this market cleaned up.

Second, there has to be consequences for such neglect of duty. If heads don’t roll in LA, it will provide some insight as to why mandatory government regulation is so inept.

One final point: Everything has been cleaned up. Why should we believe that the same failed system that let it deteriorate the first time won’t let it do so again?

Special kudos are due to KNBC TV, channel 4 in Los Angeles for undertaking this four-month-long investigative report. The City of Los Angeles took action only because of the power of publicity. Shame on them. Here is a summary of the report.