Pundit’s Pulse Of The Industry:
John Baillie Talks About GAPs And T&A

Among the more stalwart defenders of the grower and of the Salinas Valley is John R. Baillie of the Jack T. Baillie Co., Baillie Family Farms and Tri-County Packing.

In the midst of the spinach crisis he contributed to the trade a wake up call, which we ran under the name In Defense Of Salinas. More recently John urged a close assessment of the structure of trade associations in the produce industry to make sure the trade speaks to government with one voice. You can read that piece here.

Now Tanimura & Antle, a company John grows for, has come out with some new food safety rules that growers are expected to follow. To learn more about these rules and how growers perceive them, we asked Pundit Investigator and Special Projects Editor Mira Slott to speak with John: 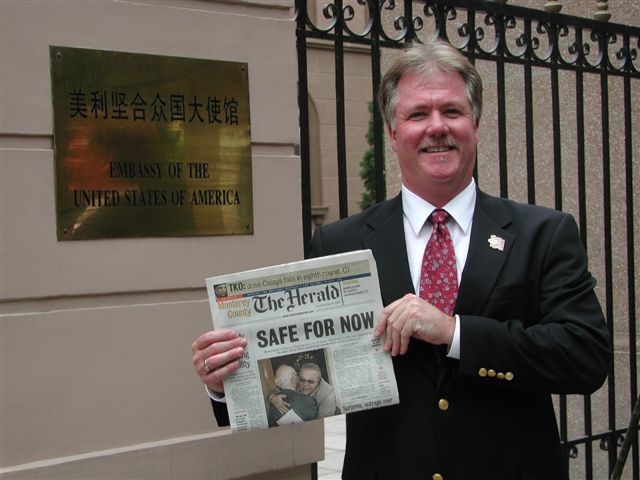 A: T&A sent us a letter. Really, the only significant changes I see in the rules written down so far are connected to flooded ground and soil testing. There aren’t any drastic changes. They are in line with these new guidelines coming up in California.

Q: How far will these changes go in addressing food safety outbreaks?

A: The engine with this business is broken. We blew the engine when spinach food safety blew up. The guidelines don’t get to the heart of the problem.

Q: Doesn’t FDA’s investigation of the spinach E. coli crisis point to the fields, proximity of ranches and other growing production issues?

A: Yes. They found a wild boar, cut him open and found E. coli. If I cut open the person who discovered the boar, I’d probably find E. coli in him too. I think we are missing the whole point. We could do everything out in the field, but it is not going to solve food safety issues. It could be a ranch. It could be lots of ranches. We can’t control how and when the wind blows.

We don’t grow in a greenhouse. We’re talking 225,000 irrigated acres. Dirty product is going into a clean facility. We need the kill zone in the processing facility. It’s a clean environment, the perfect place to attack the problem. We can also irradiate.

Q: So you’re saying we need to shift the focus of where to concentrate our food safety efforts?

A: Historically, I’ve seen the swings of the pendulum. In the 1930’s, 40’s and 50s, a shipper in the valley had a shed to pack product, ship it out and sell it. They all had packing sheds. In the 1950’s, there was a transition to field packing. Now there were more shippers. Where in the past the process was pretty controlled, by the 1960s anyone that had ground could ship product; it exploded and we lost control of the industry.

Today we have processors, 12 or so controlling what happens to the product. PMA, United, NRA and Western Growers all have processors sitting on their boards, yet many are pushing the problem back to the growers.

Q: From your perspective then, the processors must play a key role?

A: I’m not saying everyone is dodging the bullet, but as the saying goes, “If it’s a duck, call it a duck.” I just see all the responsibility going directly to growers. Processors want nothing to do with it. Processors could have much better quality control, cleaning methods and product testing in place. Earthbound makes the announcement it is changing its chlorine wash only after it’s implicated.

Buyers want to separate themselves from the problem too. The Taco Bell incident was telling, immediately placing blame on the suppliers. It wants no responsibility for the outbreak.

Q: Won’t stricter food safety guidelines in all sectors of the supply chain lead to safer product, and in the end, be better for the industry and consumers?

A: T&A’s guidelines are nothing earth shattering, but I’m concerned all growers will be unduly burdened. There are new setback restrictions from flooded ground and housing. When you rent property you want to farm every feasible part of it. Now with the setback restrictions, you’re talking about growing no closer than 60 feet from a house. If the grower is paying for the whole ranch, who is paying for the setbacks? It will vary from ranch to ranch, but the cost could end up being substantial.

In addition, the grower must wait 120 days to harvest on any flooded ground. I envision a future scenario where T&A may wish it didn’t implement these requirements related to flooded ground. We had a major flood out of the Salinas River in March of 1995. T&A was landlocked and flooded, and it impacted a significant number of property owners.

If you abided by T&A’s new flood restrictions, that would have meant taking some 20 percent of the farm ground flooded in this valley out of production. I’m just waiting for another flood to see what T&A will do then. There are questions we’re still waiting to get answered.

Q: Is there much variation on the guidelines growers currently follow? The initial proposal by Western Growers is a voluntary agreement, with mandatory regulations further down the pipeline.

A: 99.99 percent of us are feeling like this. There’s one blip on the screen with spinach. We produce the safest products in the valley. Any guidelines that are put forth, we’ll be able to follow without breaking a sweat. I’d like to see it done across the U.S., not just in Salinas. I’d like to see the food safety requirements mandatory for everyone.

Q: How do you feel about companies marketing their product as safer?

A: If a company starts making statements about the safety of its brand, it better be sure it doesn’t have a food safety problem, because that brand could be destroyed.

John is both frank and perceptive so he is always worth listening to. Many of his points are reminiscent of those made by Karl Kolb Ph.D., President and CEO of The High Sierra Group and the American Food Safety Institute, International, which we published in a Pundit’s Mailbag entitled Farmers Are Not The Cause Of Food Safety Problems

John endorses Karl’s basic thesis: That farmers are expected to bring dirty product to processors, and processors are expected to operate facilities that can clean it and make it safe to eat. Viewed in this way, of course, most of the industry’s efforts are backwards. We should be focusing first and foremost on Good Manufacturing Practices at processing plants.

There are interesting issues raised by John:

What is clear is that John speaks for many Salinas growers in expressing frustration. They feel the processors want to place unrealistic expectations on growers, they feel the trade associations and the government are too influenced by the processors and that they will be made uncompetitive by demanding of them standards that growers in other regions, states and countries will not be required to meet.

They feel everyone is playing PR games and the problems are not being resolved.

One wonders about unintended consequences. If you have disenchanted growers and you restrict the value of the land for agriculture by putting setbacks from houses, cows, etc., maybe you will find other land use coming into favor.

What if an unintended consequence of tough food safety standards is an increased willingness to sell out to home builders? So we then import more food from other countries where we have less control.

Maybe we will wind up with both less farmland and less safe food. Don’t laugh. Stranger things have happened.

The Pundit wishes to express much appreciation to John Baillie for being willing to take the heat of speaking out bluntly. The industry only gets better if participants push it to improve.