In this time when everyone keeps saying that bagged salad demand is depressed, Dole sent an announcement that it is expanding: 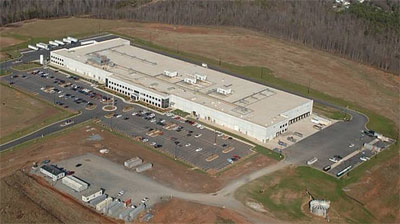 “This is a major milestone for Dole, our customers and the residents of Bessemer City and Gaston County. The facility is important to expanding Dole’s presence in the southern and eastern United States. We received great cooperation from government officials at the state, county and city level,” said Eric Schwartz, president of Dole Fresh Vegetables.

According to Schwartz, “Dole’s ability to operate four regional bagged salad plants allows us to enhance our regional customer service capabilities, whereas before we were dependent on our plant in Ohio for deliveries in the South and East.”

Since the future growth of the produce industry is almost certainly dependent on convenience produce, including fresh-cut items, this show of faith in the industry is a major boost for the trade.

To learn more about the plant and where it fits into the larger role Dole plays in the industry — especially Dole’s food safety program, in light of its announcement that it had signed the California Leafy Greens Marketing Agreement for spinach, lettuce and other leafy greens — we asked Pundit Investigator and Special Projects Editor Mira Slott to learn more:

Q: Could you give us a broader report on the new bagged salad plant in Bessemer City, North Carolina?

A: We were over-capacity, in peak operating mode, and having difficulty servicing Southern and East Coast customers. The main reason we built the plant, which is located 20 minutes west of Charlotte, was to strengthen our distribution network and improve deliveries.

Q: Will this influence the sourcing of the raw material? Will Dole utilize locally grown vegetables?

A: Yes and no. On a seasonal basis, in the winter time, we’re sourcing from Florida and Texas. In the summer, we can’t source from the Carolinas anyway because it’s too hot and rainy. Now we’re opening more East Coast sourcing in general from areas like New Jersey.

Q: Have you incorporated any additional food safety equipment or procedures into the new plant facility?

A: Yes. The wash systems we have implemented are the most advanced available right now. These are new to that plant, and are a very different process. We took a design from Europe and essentially made it bigger to accommodate our operations. The European system was set up for smaller capacity. FTNON is the company that designs the wash system.

Q: What differentiates the system from what Dole has been using up to this point?

A: The biggest difference is a lot more agitation of the product. Leafy greens are hard to clean well. It provides a much more robust scrubbing process than the technology we had in the United States.

Q: Will you be incorporating this technology in all your plants?

A: We’ll be rolling that into the other plants as well in a phased-in approach. 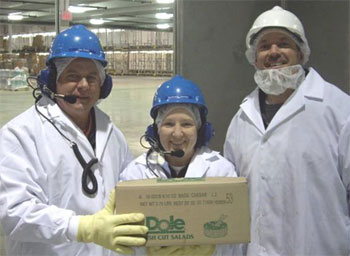 Q: Dole got hurt by outsourcing. Is Dole looking to become more autonomous?

A: We made it known to Natural Selection Foods, and it is public knowledge, that we were phasing out of co-packing of tender leaf and bringing it in-house. Our strategy is to have more direct control over the process.

Q: What other food safety changes are you planning? Will you be testing finished product before it’s shipped out, as Costco is now requiring of its spinach suppliers?

A: We want to stop the problem before it gets to the processing side. We believe this is key. What Costco is doing is not a bad idea. If people are looking for solutions, testing finished product is better than nothing, and it provides a comfort level. But random sampling patterns are not an answer. So many people are trying to find the source of the spinach E. coli outbreak.

Representative Sam Farr hosted a packed meeting in October of regulatory folks, both state and federal, academia, and most of the shippers. The meeting focused on a couple of issues. FDA updated what they knew of the spinach incident at that time. Several research groups presented a lot of their findings from several years of investigation. What came out of that meeting was that in analyzing past outbreaks, there wasn’t a common denominator to them. The patterns were random and this was not a systemic problem.

Costco’s finished-product-testing program for spinach is driven by Natural Selection Foods. We’re not sure we’re going to go that route. There are people on both sides of this debate. 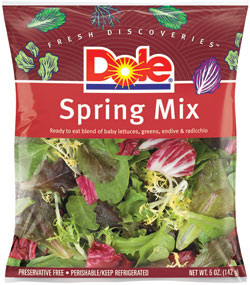 We argue there is a false sense of security unless there is a statistically valid sample for it to be meaningful. We are heading down the path of extensive raw product testing. Starting in Salinas this next season — only because Yuma is too far under way — we will begin testing all acreage, not just picking random samples here and there.

In fact, we just finished a pilot RFID program on raw materials that’s been in progress for a year, that we will be moving full force on. The industry still doesn’t have true traceback. With RFID, we’re not just tracing back to the field, 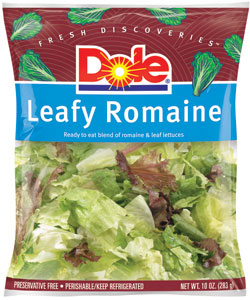 but to where in the field the product came from. We think this will change the industry.

The biggest challenge right now is not the cost, because the cost will go down with economies of scale. The problem is that nobody can develop a reader that works on produce that is more than 70 percent accurate. In some instances, it can be up to 90 percent accurate, but it’s the water content that throws off the readers. On the raw material side, we are putting the tags on the outside of the bin. I think the RFID industry will get there in time and it will be a big transformation.

Until we find a solution, it’s everybody’s problem. 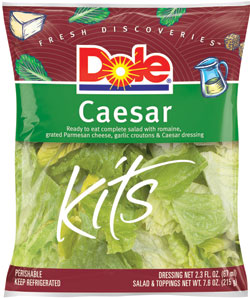 Q: What is the significance of Dole’s announcement that it has signed the California Leafy Greens Marketing Agreement?

A: We think that a public announcement will put pressure on a lot of suppliers to follow suit. There are many suppliers that have yet to sign up. When the marketing agreement was in the hearing stages, there was no one opposed to it. When the marketing agreement has gone through, the proof is in the pudding. We announced the signing because we want retail organizations to force all their shippers to sign it. Some players may say, “I don’t need to sign up because my standards are higher.” The reality is that not all vendors are at those minimum standards.

Q: So what’s your prognosis? Will everyone jump on the bandwagon?

A: The more progressive retailers will make it happen now. A lot aren’t willing to take that step to get their suppliers to sign. I think it’s a cost issue. The industry has been financially upside down for a number of years. We need help to pass this initiative through. All consumer surveys show hands down that consumers are more than willing to pay a higher price for safer food.

Q: Is there a heavy financial price to signing?

A: It’s very expensive; several million dollars a year for Dole, and that’s not an exaggeration. The assessment alone will be a couple million dollars for a company the size of Dole. The agreement says there will be an assessment of up to five cents a carton to fund state inspectors, training, research, etc., whatever the board decides.

If everyone is at least at the same minimum standards starting point, the playing field is leveled. Ultimately we want a federal mandate order, but this is the fastest way to get things going.

Q: Some question the industry’s ability to police itself? What is your view on this?

A: I believe politicians like Senator Florez, while well intentioned, often do more harm than good. I heard Florez in one hearing arguing that those that created the E. coli can’t be in charge of getting rid of it. I wish we could get him to take that same passion and energy and bring everyone together to help fix the problem instead of dividing groups into competing factions.

Dole is the largest single company in the fresh produce industry and what it does matters. Building a new plant of this size is a tangible expression of its intent to grow its business in the years to come, and thus a boost for Dole, for fresh-cuts and the broader produce industry. Its location will wind up being more of a boon for Eastern and Southern produce than all the locally grown initiatives at every farmer’s market in America.

The focus on wash systems that Eric articulates is an attempt to answer the most pressing question of the E. coli 0157:H7 outbreak: Why didn’t it get washed off in the plant? It is an acknowledgement that even stringent grower-level safety standards won’t work 100 percent, and the processing plant is the logical line of defense against such contamination.

Crucial is Eric’s point about product testing: We argue there is a false sense of security unless there is a statistically valid sample for it to be meaningful.The minute someone tells you he is doing product testing, the very first question has to be: How much?

Testing product is a reasonable scientific approach to increasing food safety — but it has to be done sufficiently to give enough data to be useful. Too many people throw around the phrase “product testing” like a mantra to ward off critiques of their food safety systems. Insufficient testing is not only likely to give companies a false sense of security, as Eric explains, but also, the announcement of such regimens is a kind of fraud against consumers who are not able to judge the sufficiency of such testing.

Eric’s focus on technological advances to speed traceback, which we focused on here and here, is crucial if the industry is going to do the job it needs to do in this area.

One interesting fact is that Dole, with a well-respected food safety staff, is now saying that bringing everything up to the level of the draft GAP document will cost a high-standard company such as Dole millions of dollars each year.

Now the question is how Dole’s decision to sign the California Leafy Green Marketing Agreement will impact retailers. Will they demand that all vendors sign the agreement?

Eric Schwartz says we need a minimum standard for everyone in the industry and the marketing agreement is the quickest way to make that happen: But it will only work if buyers insist upon it. Their actions remain to be seen.

Many thanks to Eric Schwartz and to Dole for sharing insights crucial to building a stronger and safer food safety system.