First of all, thank you for your positive reporting on the Leafy Greens Marketing Agreement and for your kind works about my hiring and my presentation at the recent PMA Foodservice Conference in Monterey. Your description of me as a “dynamic presenter” bought me some serious street cred with my two teenage sons who, if asked to describe me, would probably not use the word dynamic!

I do, however, have a concern about your report headlined “Marketing of California Leafy Greens Seal Will Cause Consumer Confusion.” I don’t begrudge you your right to have a strong opinion about the marketing of food safety efforts — you’ve obviously thought long and hard about this. Reasonable people can have different points of view, of course. Perhaps, given the fact that the California leafy greens industry received an incredible amount of negative publicity last year because of the E. coli crisis, members of the industry can be forgiven for thinking that it might be helpful to let consumers know what they’re doing to regain lost confidence.

Still, that’s a debate that we can have. I do take issue with you attributing to me a statement that the California Leafy Greens Marketing Agreement will be mounting an advertising or PR campaign behind a consumer seal. This is simply not true. The Marketing Agreement is an unprecedented commitment to food safety by the leafy greens industry. Our mandate is to conduct audits and to raise that food safety bar for the industry. Our members will communicate that to their customers through the service mark that is being released next week for use on bills of lading, and we will communicate with the trade as well to let them know what that service mark signifies. This is what I presented at the foodservice conference.

And, as I also said in Monterey, a certification mark that members can voluntarily use to identify product grown to the marketing agreement’s standards is under consideration, although no timeline has been set for its release. But no, there is no plan, not even in the discussion stages, to mount a consumer campaign behind that mark. It is not the mandate of this organization to conduct such a campaign. If, at the Foodservice Conference, I gave the impression that that’s what we are considering, then I chose my words poorly.

Thanks for letting me clarify our position on this point.

Scott’s letter is much appreciated. We had an opportunity to chat for a moment at the PMA Foodservice Conference with Bruce Obbink, longtime President of the California Table Grape Commission and, together, we kvelled at what a good job Scott did in his presentation.

Alas, Scott is now in a position where he can deliver a four-hour scripted address and the media reports will only focus on the off-hand response to a question. In this case, Scott was asked if he anticipated having his organization expand its mandate to cover other produce items.

Scott wisely declined to take over the whole produce industry and then went into an off-hand explanation of the “long–term” expectations for the California Marketing Agreement and, specifically, for the use of its seal or mark.

And to clarify, Scott did not detail any specific plans, but he did mention the words “consumer advertising” and spoke of the seal eventually appearing on “consumer packaging”. This is the way we characterized his statement:

At this stage there is no problem. Scott explained that the insignia would be used on letterhead and invoices and things of that sort. Yet, he also said the expectation is that the insignia will be used in the future on consumer packaging and will be advertised to consumers.

So what we said was that there was an “expectation” — not a plan — that in the fullness of time, this mark would wind up on consumer packaging.

We take it from Scott’s letter that he didn’t intend to even characterize the matter to that extent — so we are glad to correct the record.

Yet, here, we think Scott may be going too far when, speaking of a consumer advertising campaign behind the mark or seal, he writes that “It is not the mandate of this organization to conduct such a campaign.”

We wish that was so. But the reason this is an issue so essential to resolve is that the documents that define the California Leafy Green Products Handler Marketing Agreement are biased toward consumer efforts in this area.

First, it is not even clear if the board has the power to stop companies from using the mark on their products. Here is what the documents say:

Section B. LICENSURE OF OFFICIAL MARK

Note the words “will license” — in law there is a chasm between “may license” and “will license” — we read this and do not see how the board could deny a signatory who is in good standing the right to use the mark on its consumer packaging. This section begs out for amendment.

And as far as consumer advertising and education efforts go, they are specifically allowed:

Pursuant to Food and Agricultural Code section 58889, the Agreement may advertise and promote consumer recognition of the Official Mark and its meaning.

Pursuant to Food and Agricultural Code section 58893, the Agreement may engage a program of educating the public and producers concerning the Best Practices.

There may be no plan to do any of this, but it is most decidedly part of the mandate of the organization.

Scott’s letter references the poignant feelings of many California growers that wish to defend the honor of their state:

Perhaps, given the fact that the California leafy greens industry received an incredible amount of negative publicity last year because of the E. coli crisis, members of the industry can be forgiven for thinking that it might be helpful to let consumers know what they’re doing to regain lost confidence.

We can understand the feeling, but would urge everyone to let it pass. The more the subject is talked about, the worse it will be for California product. Time heals all wounds and if the industry does the right things to avoid another outbreak, the events of last fall will fade in memory.

If there is another outbreak and especially another serious illness or fatality, the seal will be immediately discredited anyway and, in fact, the more aware consumers are of the seal, the more likely they are to lump the whole industry together.

In fact, the industry is likely to be accused of deception. Why? USDA seals on meat, for example, actually represent that a USDA inspector looked at that meat carcass that has been stamped.

This California Leafy Greens Seal only means that a handler is a signatory to an agreement and is willing to be inspected. Even if every handler is inspected, each bag of product is not inspected. 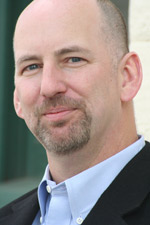 It is a completely different message from a USDA meat inspection and another example of how the use of this seal in consumer marketing will cause confusion for consumers.

We appreciate Scott’s letter and the opportunity to clarify the record. We also note the difficult job he has in navigating a multitude of interests and emotions. There is a great photograph of Scott Horsfall on Governor Schwarzenegger’s motorcycle. It is good he got some practice; he is going to need to do some superhero stunts to make this all work out. We wish him every good fortune.