Pundit’s Mailbag —
Tesco And The Clash

We’ve written enough about Tesco and its Fresh & Easy concept that no one can doubt the seriousness of our efforts to understand Tesco and its plans for its American venture.

So when we ran a piece entitled, London Calling…Questions About Tesco, we were quite earnest in our discussion of the way Tesco’s American venture is being perceived in the UK.

Still, life should have some cake as well as castor oil, and so the Pundit is filled with many subtle references to popular culture, great literature, classical speeches and other fun things.

So we were tickled pink to receive this letter:

I have to respond…I know I’m way off topic…But is “London Calling” a Clash reference?

London Calling is both a song and an album released by The Clash in the UK in 1979 and in the US in 1980. The name echoes the intro that the British Broadcasting Corp used during World War II particularly when addressing the people of occupied countries: “This is London calling…” 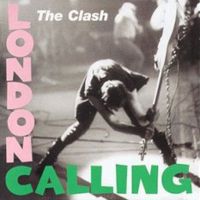 Although the song is a little apocalyptic for our taste, the album is considered a masterpiece, appearing as Number 8 on Rolling Stone magazine’s 500 Greatest Albums of all Time list.

The cover of the album, which you can see beside this piece, features a famous photo by Pennie Smith. You see The Clash’s Paul Simonon as he smashes his bass guitar on the stage. Q magazine gave the picture its “Greatest Rock ‘n’ Roll Photograph of All-Time” award in 2002. The remains of the guitar are in the Rock and Roll Hall of Fame in Cleveland, Ohio. 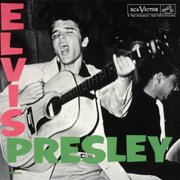 The album cover featured the same green and pink color scheme and typeface as Elvis Presley’s debut album. In using this design the cover designer, Ray Lowry, was attempting to make a connection between the original “King” of Rock n Roll and all those such as The Beatles that had carried the torch since and The Clash.

So Tesco, in rolling out its Fresh & Easy concept, wishes to place itself as a lineal descendent to A&P and Wal-Mart and all those who have advanced the American food retailing scene.

Many thanks to Paul for his note.