One of the undercurrents playing in the food safety debate is the dissatisfaction of many organic growers with the direction things are going. Some of this is a matter of values clashing, as environmental concerns, such as maintaining riparian areas near rivers conflict with the food safety interests of eliminating wildlife from the fields.

In other cases, the problem is that food safety programs cost money, and it is difficult for small growers to fund such programs. In conventional farming this is a problem too, but consolidation is a fact of life. For the organic community, consolidation strikes at a core value and, for many organic partisans, a world with food safety standards that require a large-scale operation to sustain is simply unacceptable. 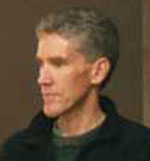 Dale Coke, who runs a 200-plus acre organic farm in San Benito County, expressed some of these concerns in an article in The Mercury News. He also wrote us to comment on our piece Is The California Marketing Agreement A Triumph Or A Failure, in which we included Dole Fresh Vegetables’ statement that it had signed the California Leafy Greens Marketing Agreement: 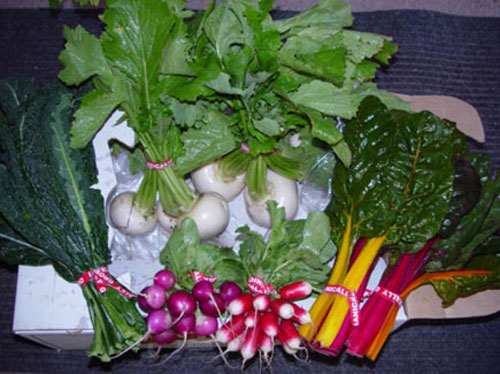 It seems incongruous that if it is true as reported in your piece on Dole Fresh Vegetables that “Dole has always used GAP in all its growing operations and the company has been a strong supporter of the agreement as a standard for the industry.”

How exactly would continuing to use the same GAPs that were in place last August/September help insure food safety?

If the GAPs were already in use, one would have to logically deduct that they did not work, and so how is supporting the failed status quo GAPs showing that Dole believes that “Food safety is our top priority…”? or that … “This is another example of our commitment to work with government, industry leaders, trade organizations and food safety experts to continuously seek ways to improve and enhance food safety for consumers.”

It is difficult to see based on what you reported how you could think that this Marketing Agreement would change anything, let alone how you could jump to the conclusion, “That mentality — an unwillingness to restrict one’s supply chain to exclude substandard operators — is at the root of the trade’s food safety issues.”

It just doesn’t seem to add up.

Dale has gotten caught in a common misperception. The Good Agricultural Practices documents are periodically redrawn, and the new draft GAPs have little in common with the ones in place last year. Specifically in the new Marketing Agreement is a requirement that these GAPs be a “living document,” updated as better science comes about. This is also a requirement of the Buyer-led Food Safety Initiative.

So, what Dole was basically saying is that it has always had its growers farm to, at least, accepted industry standards. Because those standards have now been enhanced, there is reason to believe that today’s new draft GAP document will be more effective than last year’s in enhancing food safety.

The comment on an unwillingness to exclude substandard operators referred to was related to the report that many handlers are not signing the agreement. We know that one of those, Fresh Express, is claiming that it will still meet and exceed the Marketing Agreement Standard and in a verifiable way.

Numbers are a bit fuzzy but that seems to still leave plenty of product that is going to be produced by handlers that won’t sign the agreement and have no credible claim to exceeding the standards of the draft GAP document.

Obviously these handlers have not been told by their customers that they will not have a customer for product that isn’t grown to this standard. Put another way, buyers are not saying that those who don’t follow state-of-the-art food safety practices can’t sell to them.

As much as anything else, this is the root cause of continued food safety problems in the produce industry.

Many thanks to Dale for his letter.