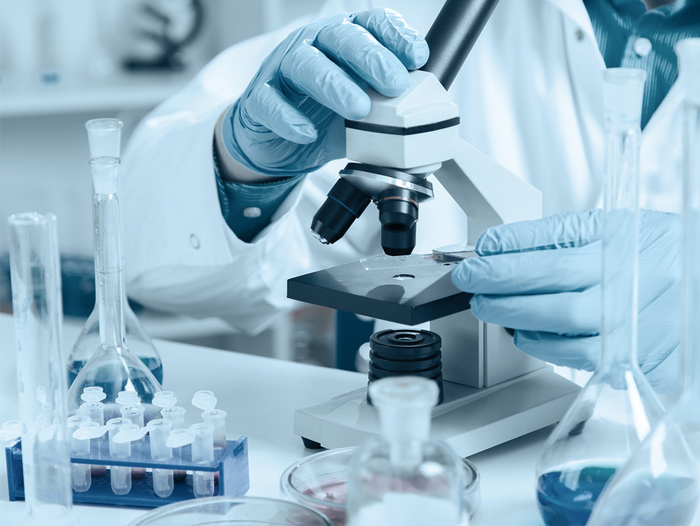 Our piece,  Triumph In New York, celebrated the success of the The New York Produce Show and Conference. In doing so, we acknowledged that, with a legal requirement for COVID vaccination in New York, we did lose some exhibitors and attendees – though, quite possibly, the move might have made others more comfortable about attending. So the net result of the vaccine mandate is difficult to assess. Still, some very intelligent and thoughtful readers took exception to the way we framed the issue.

I noted with curiosity the opposites in the view points of the opening of your column.

“A few we lost because their teams were composed of anti-vaxers,”

Obviously, it is not for me to judge…

Yet judge you do… You could have phrased that charged first line quite differently… “A few were lost as their teams had many with more robust natural immunity and saw no point to submitting to a new gene therapy for which there is zero long term health data”… as that is scientifically accurate and actually less opinionated than “anti-vaxers”. Or you could have said “A few were lost as their teams were opposed to the vaccine mandates”.

Frankly, I am disappointed in your phrasing and using the term anti-vaxer… this is divisive. Peoples health choices are to be based on informed consent, a global principal dating to the horrors of WW2. Mandates do not recognize our historical experiences. Are we not a country of liberty? The President today said there is no federal solution to COVID. Yet you and others cast aspersions on those who do not march in lock step with the tyrants who ignore and twist the science, ignore history, and seem to have vested interest in the profits to be made along the way. Medical science does not Vax people whom have had the disease. And others, for reasons solely their own choice choose not to submit to mandates for novel gene therapy.  And you call them Anti-vaxers… anytime one calls some one “Anti” it is hard to consider it a positive statement. And you are right, it is NOT yours to Judge, so live the words and be part of the solution, not part of the mania.

Two other points I will make here as well.

First, I have a dozen or so people I know (employees or associates) whom have contracted the Delta or current Omicron versions… 2 hospitalized, one died…. The one common link among all?  No history of COVID infection and all fully vaxed. Our team and associates who had the crud previously?  No one sick at this point. I live on the border in Yuma, we have had our share of people with COVID.

Second, in the same time period as we have famously lost 5 million to COVID over the past two years, we have lost at least 18 million to starvation (by UN figures, others say double that). Where are our priorities? All losses are heartache for the loved ones… from COVID ¾ of the deaths are the elderly. Hunger is much less targeted in who it takes. Can we really rationalize our actions in the big picture?

We do not have to agree, but I do hope in the future you do not cast (negative) judgement on people as Anti-Vaxers and then 3 sentences later talk about not judging.

That Jim, is hypocrisy, and not productive.

We certainly meant no offense and apologize for any that was taken. Yet, to paraphrase Shakespeare, Methinks Steve West doth protest too much.

The term “anti-vaxer” has a clear meaning: One who is opposed to taking a vaccine, in this case the COVID-19 vaccine. The term is not pejorative; it is descriptive. What else would we call people who are opposed to taking the vaccine?

Although we appreciate Mr. West’s suggestions for alternative phrases, we could not, in fact, say that teams had people with “more robust natural immunity,” since, of course, we have zero knowledge about anyone’s natural immunity!

Although we could have said that “a few were lost as their teams were opposed to the vaccine mandates,” that would not be accurate. Many people, including close friends of ours and people for whom we have great respect, including those who have suffered through COVID, do not want to get the COVID vaccines. Whether their teams are fans or opposed doesn’t stop individuals from choosing to be vaccinated.

That people’s health choices are based on informed consent is generally true but, long predating COVID-19, communicable diseases have been treated differently.

In general, for school children, we have had vaccine mandates in place for decades requiring vaccines against polio, diphtheria, tetanus, whooping cough, measles, rubella, mumps, chicken pox, hepatitis B and pneumococcal disease. Smallpox vaccine was once required until the disease was deemed eradicated globally.

It is, of course, interesting that most of the people opposed to the COVID-19 vaccines are not known to have expressed any opposition to these other vaccines or to their being mandated in order to attend school.

Does the existence of vaccine requirements for school mean we are not a “country of liberty”? If so, this is a claim that almost no one has made prior to COVID-19.

The concern about the word “anti” is not really clear. If we wrote that someone were an anti-racist, isn’t that a good thing? “Anti” just means opposed to or against. Whether that opposition is good or bad is a completely separate question.

The anecdotal points Mr. West presents are, of course, interesting, appreciated and not surprising. Indeed, people who have had COVID-19 are believed to have more robust immunity than the vaccines provide. But that doesn’t mean that vaccines should be avoided. Many who might have died of COVID-19 have avoided the illness or had a more mild version because they were vaccinated.

It is also equally true that there are many other maladies and problems in the world. One could well argue that the resources put into developing the vaccines should have been applied elsewhere and that doing so might have resulted in a greater good than focusing on this particular COVID-19 problem.

That is an important question to be considered when making public policy choices and investments. One side of the debate would probably argue that a communicable disease to which no one has immunity would stop the world and preclude society from functioning. So it would cost more than the vaccine cost to develop.

Still, this all seems irrelevant to an individual decision to take an already developed vaccine.

Most of us have to live our lives within public policy parameters. If you want to go to the UK, to do so one would have to be vaccinated against COVID-19 and have to present a negative COVID test. Then, that is what most people will do because changing public policy is a task on a different scale and different time frame.

The idea that the vaccines represent a “new gene therapy for which there is zero long term health data” is a point, but doesn’t really provide an answer or even an argument. First, the term “gene therapy” is probably not correct. See Why mRNA Vaccines Aren’t Gene Therapies, but this is mostly a matter of semantics.

There are also different types of vaccines. The Johnson & Johnson vaccine uses a virus called adenovirus to produce a key part of the SARS-CoV-2 virus particle to which the body develops an immune response. Check out, Here’s Why Viral Vector Vaccines Don’t Alter DNA – It’s Pretty Simple – They Can’t: ‘Adenoviruses — even as they occur in nature — just do not have the capacity to alter DNA. Unlike retroviruses such as HIV or lentiviruses, wild-type adenoviruses do not carry the enzymatic machinery necessary for integration into the host cell’s DNA. That’s exactly what makes them good vaccine platforms for infectious diseases…”

Still, it is true that the vaccines involve innovative technology. Although, like many innovations, the roots go back decades. The issue is, of course, what standard of safety would one be satisfied with? Today over 9.2  billion doses of COVID-19 vaccines have been given to people around the world.  There have been the most minimal of acute symptoms. Is there a possibility that there may be unpredicted consequence that will become evident decades from now? Of course, there is always such a possibility, but, typically, we don’t wait to have absolutely perfect knowledge. The Salk vaccine, which was the first inactivated polio vaccine, was tested in a  placebo-controlled trial that enrolled 1.6 million children in Finland, Canada and the United States in 1954. In April 1955, it was adopted throughout the United States. It wasn’t perfect. It was refined in various ways and, then, superseded by the Sabin-designed Oral Polio Vaccine.

We knew a few people who refused to take the COVID vaccine until the Pfizier one was given official approval. We also saw reports of people who had been waiting for official approval who died of COVID-19. In any case, the argument that the issue is the novelty of the vaccines becomes weaker with each passing day. It seems reasonable to say that those whose concern is the novelty of the vaccine ought to, at least, lay out a case for how long a period of use needs to pass before this novelty argument no longer holds currency.

There has been a big problem with this vaccine, in part because there is a big problem with the credibility of the media and the politicians in the country. Had President Trump been re-elected and the vaccine roll-out done under his administration, then Democratic Vice Presidential nominee Kamala Harris had already stated her view:

“He’s looking at an election coming up in less than 60 days, and he’s grasping to get whatever he can to pretend he has been a leader on this issue when he is not.”

There is simply not the slightest reason to believe that in a second Trump administration, the Left would have been enthusiastic endorsers of the Trump vaccines. So the response of many on the right to the Democratic rollout is also not surprising.

When science itself cannot be assessed in a non-political manner, the challenges in our society are obvious and substantial.

We respect Steve West and thank him for engaging on such a  controversial topic.