We’ve lately paid much attention to China with our pieces, China Plays Down Food Safety Problems and Chinese Garlic and Food Safety, both dealing with the implications of food safety problems in China.

Our piece, Chinese Apples Pose Threat To U.S. Apple Industry, dealt with the broader issue of whether the popular image of an invasion of Chinese-grown apples bankrupting U.S. producers was a future that must be or a future that merely could be, and we explored some steps that can be taken regarding the future of the apple industry in the United States.

This piece brought a response from one of the most knowledgeable and thoughtful academics researching the produce industry. Thomas Reardon is a professor at Michigan State, which means apples are top-of-mind. 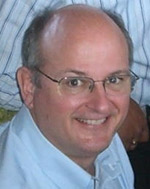 Professor Reardon also is deeply involved in international matters, including both studying international retailing and, via a joint program between the International Food Policy Research Institute and Michigan State University studying markets in Asia and working hard to integrate the poor in India and China into the world’s trading system.

Tom was the keynote speaker at PMA’s program to broaden its reach in Chile, which he delivered in excellent Spanish. His ideas regarding the competitive situation vis-à-vis China are well thought out and deserve the trade’s careful attention:

The Perishable Pundit article of June 26, 2007 on Chinese apples was absolutely brilliant. I was so happy that you laid out those points to the industry, and I am convinced the strategies you note are the … only … ways. Here are a few thoughts from what I hear from retailers in the US and in Asia.

First, an Indian retailer (a major one, I had been in India for four months and interviewed … everyone!) said (paraphrased) “Both China and US apples that we import are supremely tasteless; I call them ‘water in an apple shaped bag’. The reason we are shifting to Chinese apples is not because they are good; they are as bad as American apples; it is just because they now look the same in terms of cosmetic quality, and they are cheaper.

But the Indian apples from the north (Tom’s note: the origin of Indian apple industry was in the 1920’s; an American brought them in.) are far tastier and if we could get good Indian apples all year we would be happy and eat only those and never eat the insipid US and Chinese apples again.’

That got me thinking Jim, and then I see it in your article today: the US HAS great varieties, but they do not export them. Those varieties and tastes could be the competitive edge — the only competitive edge. This will be more and more true in the next decade as Indian apples come on line (everyone is watching China’s apple industry and doesn’t see the Indian ones coming!!).

Second, you are spot on regarding the issue of COOL on apples. To paraphrase a major retailer (fruit/veg buyer) that speaks in my class every year said (to my class which is from apple growing areas…), “Folks, the COOL label can come. Sure it is a hassle for all of us, but if they pass it, it will just add some costs to our apples and other fruit and thus to the consumers. But don’t hold your breath about its effects on American fruit producers; don’t count on this helping them.

I have thought a lot about this and talked to my customers and looked at the demographics. The ONLY group that seems to have the slightest feeling about “buy American’ are the older males, particularly from rural areas and small towns. I very often already label fruit country of origin voluntarily (Tom notes: I checked this and found indeed that a huge number of imported SKUs in their stores have country origin already on the labels or on the signage, and I know exactly what he is importing because I spend long hours interviewing him.), and this tiny group is the only one that even notices and a few complain. The extreme majority neither notice nor if they do, care.”

He estimates that 1-2% might be the shift to American fruit should there be labeling. He notes that the demographic changes will erase that 1-2% in about 10 years, at most.

Third, I believe it is a mistake to think the Chinese (or the Indians), or for that matter, the French, Italians, and Central Europeans, will not compete very hard for the growing tasty-varieties market, as the competition swings that way and China and a few others totally take the commodity market. The Chinese (always imagined as some sort of faceless group thinking like robots) are thinking hard and fast about variety differentiation, and much of it in joint ventures with smart fast moving folks like the New Zealanders.

Fourth, I did think you would mention joint ventures, and Americans investing in China. I recall a major fruit company president in Michigan, who just invested a lot in China, saying, “Well Tom, I thought it over a lot. I figured, can’t beat ‘em, so better join ‘em. And I will never regret that decision. When garlic companies, after lambasting the Chinese on garlic, suddenly showed up on the Sacramento Bee grinning with their new Chinese joint venture partners, the future suddenly became clear.”

The big and smart move early and fast, and will gobble up the opportunities. The Australians and New Zealanders are highly aware of this. I think there will be a brief and massive stampede for joint ventures in China, and then India, just as there was to Chile.

In time the China fruit will be Sunkist plus Chinese, Dole plus Chinese, Zespri plus Chinese, etc. It is already happening. Look at avocados in Mexico. 70% of the exports of avocados from Mexico are by … Californian firms. A lot of grapes coming out of Chile are from … California firms… The same will be true of apples from China, some US firms plus Chinese will dominate.

Fifth, and I am writing the above plus the following in a report for the PMA to be finished very soon. I spent a day in Chinese supermarkets (one of months I have spent) recently, while at the CIES meetings, and counted the fruit origins. 70-80% of the SKU’s were … imported. Chile is the big winner (as it is in imports in Mexico and Central America). Dole (exporting from the Philippines) was a huge winner. Zespri, of course, was one of the dominant (selling kiwis to the Chinese even though kiwis originated in China!). Thailand is up and coming but already huge. There were a few US apples. There were a LOT of Sunkist oranges and lemons. Sometimes Sunkist branded fruit imported from Australia or South Africa.

The Chinese LOVE new varieties of fruit. There were a number of fruits there that I had not seen only 3 years ago (mainly tropicals) and that shows the Chinese want that. There were now some avocados and blueberries! I bet that a bunch of new varieties and class acts on apples from the US would please them. Bearing down on figuring that out seems to me to be a … bit better… use of time than trying to get COOL labels. I don’t know how long it will take, and how many beatings (like happened with cars) for American industry (including ag) to figure out that protectionism is a short term strategy, and in the longer term, the free market wins out, as we preach, and someday, will have to accept as truth ourselves.

Tom’s thoughtful and informed letter should be mandatory reading for the produce industry. This Pundit, for one, is looking forward very much to the new PMA report that Professor Reardon is authoring.

What both the good professor and this Pundit have in common is that we are both advising American growers not to give up. Like all other markets, produce markets depend on knowing your customers and delivering what they need. Bryan Silbermann of PMA has practically made the hallmark of his administration a plea to the produce industry to focus on taste.

Every grower, every shipper has to wake up every morning now thinking about a world of competitors… and potential partners.

We didn’t deal with the issue of overseas investments and joint ventures because we were writing about the impact of China trade on U.S. apple growers. But Tom is, of course, correct that if you are talking about shippers and other parts of the trade, looking to China just makes sense.

In fact when Sunkist appointed a new CEO, we greeted his appointment with one overwhelming question: Will Tim Lindgren Go To China? Sunkist, as a co-op and particularly as a federated co-op — meaning that it is really controlled by the packing house owners more than the growers — finally bent and decided to open counter-seasonal operations in the Southern Hemisphere.

If Sunkist refuses, it will surely see big drops in market share in Asia. Major markets such as Japan and Hong Kong will shrivel.

Yet Chinese production could be the perfect tool for Sunkist to reenter European markets it once held but lost to less expensive citrus from other countries.

China, India, Brazil, Eastern Europe and Russia… these are all major producers of different things and will be strong competitors both in the U.S. market and in third-party markets. However the integration of these countries into the world markets also creates opportunities: to sell to the growing middle class and affluent class and to use these countries as a production base when that makes sense.

Many thanks to Professor Reardon for sharing his thoughts with the trade.