Pundit’s Mailbag –
A Look Back At Fresh & Easy:
Tesco’s Insistence On UK Suppliers Building Facilities In The USA Increased Overhead And Reduced Flexibility…
The End Was Easy To Predict Even At The Beginning 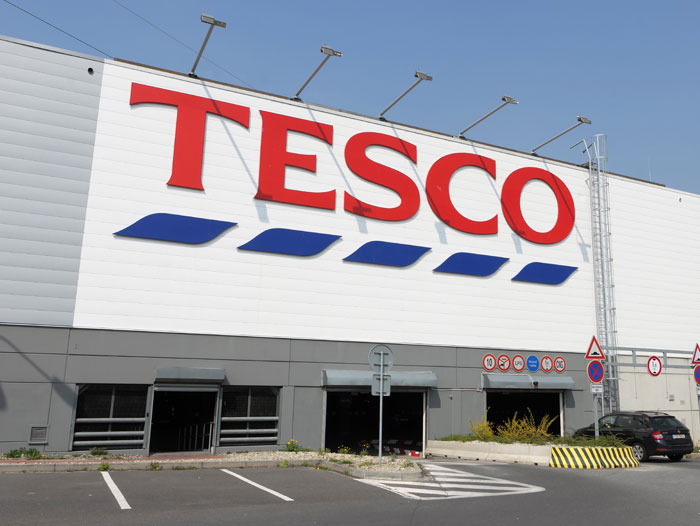 We wrote about Tesco’s Journey To America as Fresh & Easy for many years, but we have been speaking to Eric Schwartz even longer. You can see some of the pieces he has contributed to here:

Why The Secrecy On Inspection Agency Lab Results?

Pundit’s Mailbag — How About Subsidy Money For GTIN Conversion?

Pundit’s Mailbag — Lesson From Avocadogate: You Get What You Tolerate

Dole Hit With Another Recall

Now, as we published Fresh & Easy: R.I.P, Eric sent over some final thoughts on the matter:

There isn’t much about Tesco that hasn’t already been said. One piece that contributed greatly to their demise that little has been written about was their decisions around bringing suppliers here to start from ground zero by building production facilities, warehouses, etc., in an industry that already had excess supply chain capacity that was very efficient.

Any one of the major US processors at the time could have taken on their roll-out. In the UK, it is common to have a supplier tied directly to a retailer because there are not a lot of competitive options for many fresh items. But Wild Rocket and 2 Sisters just added very expensive processing and supply chain steps to an industry that already had excess capacity.

When I had my first meeting with Tesco, I proposed a test run using our (my employer at the time) brands and supply chain as an option to test where the right production and distribution points should be, as opposed to investing significant capital right out of the gate.

I recall listening to a dress-down speech about how “You Americans don’t understand how the retail business and the supply chain should really work”. I also remember walking out of that meeting and taking bets with my team on how long Tesco was going to last with the supply chain costs they were about to absorb.

Indeed. We wrote often about the decision to entice its UK suppliers to open facilities nearby as being flawed in many ways. Part of it was market intelligence. On opening day, 25% of the fresh-cut SKUs were devoted to Watercress-based salads — the total SKU count devoted to watercress-based salads by national US fresh-cut salad manufacturers producers at the time? Zero.

But, as Eric reports, the people assigned to the project simply weren’t interested in adapting to American ways; they wanted to change the way we did business in America and the way American consumers eat.

It was a tough order, and they failed to do either.

The fresh-cut facility was silly. Ready Pac is within walking distance of the Fresh & Easy campus, and Dole, Fresh Express, Taylor Farms and many smaller players would have been anxious to hook their wagon to Tesco’s star — assuming it didn’t demand an upfront investment of tens of millions in a new facility — and thus save it the cost of investing in such facilities up front.

First, as a result of such large fixed investments by itself and its suppliers, there was tremendous pressure to open stores fast, and that meant tremendous pressure to accept sub-standard locations.It is not really widely recognized that Tesco didn’t just fail in America. Its US subsidiary actually filed for bankruptcy, mostly to get out of leases on stores so bad that Ron Burkle’s group wouldn’t touch them. Although legally correct, that is not what one expects when dealing with an operation such as Tesco.

If Fresh & Easy had been buying from existing vendors and distributing through existing facilities, even if it “overpaid” by 50 cents a box, it would have had the time to wait for the right locations to become available.

Second, it eliminated flexibility.It is quite possible that the Fresh & Easy concept that failed so completely in auto-focused southern California, Arizona and Nevada might have done well in Manhattan, inside the loop in Chicago and other urban centers. Had Tesco opened a half dozen stores and found it wasn’t working, they could have afforded to try the concept in a different geography, but their commitment to their own distribution center and their committed suppliers meant that opening elsewhere wasn’t an option.

In the end, we concluded that the use of outside vendors was a kind of subterfuge that allowed Fresh & Easy to get the facilities it believed it needed without having to put the cost on its own books. In the end, Tesco bailed out the two British suppliers, paying a shockingly high price for two basically worthless companies.

The price was so high, we saw it as only possible based on some agreement, a handshake or a contract, in which Tesco agreed to make the vendors whole. We wrote about the sale in a piece titled, Latest Tesco Report Details Bailout Of Owners Of Wild Rocket And 2 Sisters; Tesco Says Fresh & Easy Will Be Profitable But Not Now

One of the great business lessons of Tesco’s effort in America is the desirability of maintaining flexibility. What are you going to do if plan A doesn’t work? Tesco’s investments put itself in a box from which no plan B was ever likely to emerge.

Many thanks to Eric Schwartz for reminding us of this important lesson.