The newly established Produce Marketing Association Education Foundation will have its inaugural meeting in October during the PMA convention and exhibition in San Diego.

Recently Cindy Seel, a popular executive when she worked at PMA from 1997 to 2002 and a minor celebrity as she was the pioneer in a PMA experiment that led to certain employees being allowed to operate from remote locations, was appointed as the executive director of the new foundation. 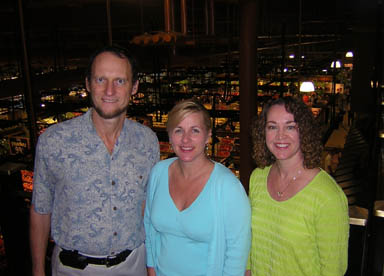 Now the new Board of Directors has been announced. Stephen Barnard, President of Mission Produce, Inc., has been named chairman. In another context, we’ve spoken previously about Steve here.

Additional officers will include: (insert links for each company and organization)

Additional members of the Educational Foundation Board include:

Particularly important is the presence of Roberta Cook of U.C. Davis and Ed McLoughlin of Cornell on the new board. These are the types of people very difficult to get to serve on an association board of directors but whom are more open to serving on the board of a non-profit. Both of these academics have had extensive connection with the produce trade but, over time, we can expect the board to attract leaders who have expertise in other areas such as education.

A lot of dissertation writing services prefer to put profit over the quality.
Although industry members could give money to PMA and deduct it as a business expense, those not in the produce industry would have difficulty doing so. So the Foundation opens the door for many new donors, including various governmental agencies and private and corporate foundations that can only give money to a 501 c3 non-profit organization.

The Pundit wishes the new staff, the new board and new foundation a hearty send-off in San Diego. There is important work to be done, and the Foundation is just the way to get it going.