Nic Jooste and John van Wijk Make The Case That For Fresh Produce….
The Netherlands Is STILL The Best Springboard Into Europe 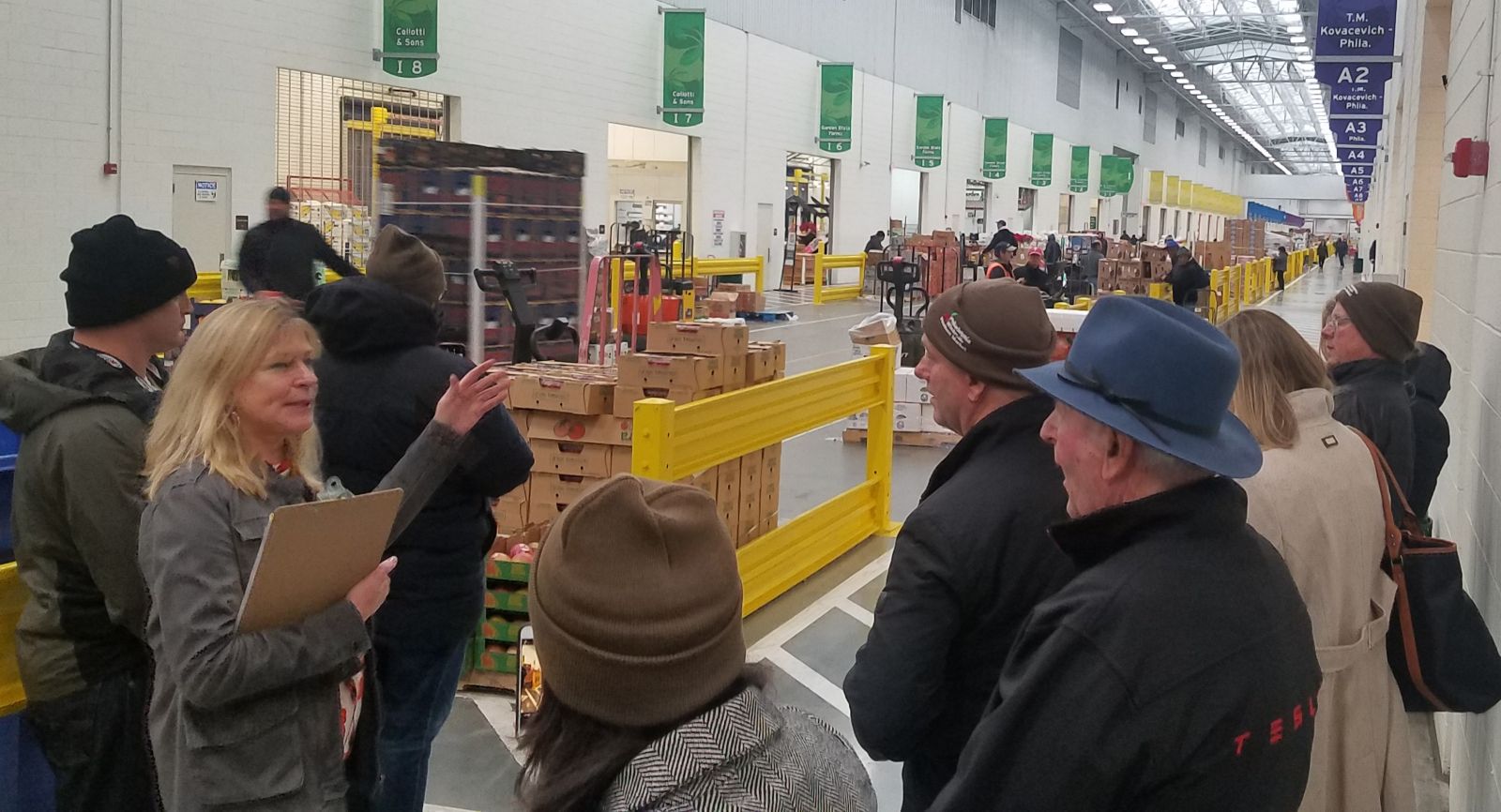 Nic Jooste is one of the most distinguished names in the produce industry and he has written many columns for PRODUCE BUSINESS.

He has also been featured in our shows and events:

Making ProduceMarketing Everything It’s Not: Creative, Innovative, In-your-face, Non-conventional, Digitally Driven, Attitude- And Adventure-oriented… Nic Jooste Of Cool Fresh Guides The Trade On How To Capture Gen Z And, Next, Gen Alpha!

A Letter From The Netherlands: The Pandemic Year Well Spent

The Disruption Of Established Markets: How Four Strategies Can Help Transcend Today’s Dilemmas Can Retailers Show A Little Love For Produce Marketing? Dutch Marketer Nic Jooste Will Share His Thoughts On Swimming Upstream At The Global Trade Symposium

PRODUCE AND GENERATION Z Can We Make Our Pitch Effective In Eight Seconds Or Less?

At our 2022 London Produce Show and Conference, Nic is doing a double header. We already gave a sneak preview of his presentation here:

Nic Jooste To Speak At London Produce Show:
The Fresh Produce Industry Has A Moral Responsibility To Focus On Sustainability And Can Make A Profit Doing It As Well!

Now he, along with John van Wijk, CEO of RAAD International Group of companies are doing a presentation on how the Netherlands can be a springboard into Europe..

While the Netherlands may be a small country, coming in as the 22nd largest EU country by land mass, it has a lot to offer: it is 7th in overall population, making it the second densest country, behind only Malta. It’s one of the top five most innovative countries in the world, and according to the 2019 Global Competitive Report, it has the most competitive economy in all of Europe.

For companies looking to enter the European market, which is rife with different languages, cultures, and economic systems, the Netherlands can be a good entry point, as the country can help companies navigate all of those complexities.

Jooste spoke to Steven Loeb, contributing editor at Pundit sister publication PRODUCE BUSINESS about the uniqueness of the Netherlands, the best way to approach the European market, and why working with a single importer can work better than finding one in every country.

Q: If a company is looking to sell produce to another country, usually it would find an importer in each country, but obviously Europe is different. Why does it make more sense to work with one master importer, such as one in the Netherlands, rather than finding one in each individual country?

A: There are pros and cons to both approaches. What works in favor of having one ‘master importer’ in The Netherlands really revolves around the geographical location. From The Netherlands, many countries in Europe are within easy reach.

The Dutch road logistics system reaches far and wide within 48 hours, so keeping a central stock in The Netherlands (say Rotterdam) and then servicing outlying countries makes sense. In this way, an overseas producer can remain in control of his/her stock until the last possible moment. And once a pallet moves out of the warehouse, an invoice can be raised directly.

Secondly, different markets have different requirements in terms of sizing and quality. If a producer selects an importer/distributor with a broad portfolio of customers, all sizes and all qualities could be sold from stock in The Netherlands. Economy of scale means lower storage costs and better deals with transport companies.

Q: I would think that in most cases, shippers don’t prefer to sell to importers at all. They would rather sell directly to ICA in Sweden, Migros in Switzerland, etc. Why is that not a smart strategy for those looking to sell in Europe?

A: Again, different aspects play a role. Most importantly, a grower in, let us say, South Africa often has to deal with rejects by a retailer. Imagine a full container of grapes being rejected in Switzerland, with the owner (the producer) sitting in Peru. How does one go about solving this?

In my experience, having a quality check done just before a product is transported to the retailer makes sense — and saves money. Any ‘problem pallets’ can be identified and removed from the order. The customer is happy, because the product that is received is up to specification. And the grower can still get the best price for his ‘problem’ product by selling it into a different market. And then we have not even spoken about the double logistics costs involved in transporting a rejected container to a different destination.

Q: Is choosing a Dutch sales agent the same as shipping only to the Netherlands, or will a Dutch importer handle shipments into other countries, like the UK or Scandinavia, etc.?

A: The latter. Dutch importers are very adept at deep and wide distribution on behalf of their loyal growers. There is literally no end to the extent to which Dutch fresh produce importers are able to do distribution.

A: Yes, different markets definitely have different requirements! As stated before, if a grower chooses wisely, he should have an importer that handles the ‘empty tree principle’, i.e., one that can sell all sizes into different markets.

Q: Events, such as the war in Ukraine, can disrupt distribution patterns. How can a Dutch importer help when a market like Russia suddenly disappears, for example?

A: Dutch fresh produce importers have a network in excess of 60 countries. In my mind, there is no single nation with better marketing options than the Dutch. We have seen this in many crisis situations during the past 30 years — the Dutch always find a way to keep on moving fresh produce!

Q: There are 27 countries in the EU right now. What does the Netherlands offer companies trying to enter the European market that the other countries don’t?

A: As the saying goes: location, location, location. Working through the port of Rotterdam just makes a lot of sense! In addition to this, the Dutch have been international traders for many centuries. They speak all the languages that are required to do very broad marketing and distribution into different geographical locations. The customs, logistics, financial and information services in the Netherlands are built closely around international trade, specifically fresh produce.

Q: Barriers to entry include all of the different languages, cultures and economic systems in the various EU countries. How do the Dutch produce traders make it easier for companies to navigate all of those differences?

A: The Netherlands is a very small country. That being said, after WW2 the government decided that agriculture would be the future focus. Since then, the country has become the second largest exporter of agricultural products, second only to the USA. Everything oozes trade, with fresh produce being a real core business for the Dutch.

Q: What effect has Brexit had on the Netherlands? Has the country now become a better option now that companies can no longer use the UK to springboard into Europe?

A: Nothing much has happened. Certainly, a very small number of countries has felt the pinch in terms of increased regulations for exporting to the UK. The smooth and efficient systems of The Netherlands has certainly made it easier for companies to springboard into Europe. The increase in the number of English companies that have set up offices in The Netherlands is quite astounding.

Q: When it comes to the produce market, what are some of the unique challenges that they face when entering the European ecosystem?

A: I believe understanding the complex nature of the European market is a major challenge. It is a huge single market with many small ecosystems. Many growers think that moving fruit into and around the European Union can be done on the basis of fixed prices and fast reconciliations. Yes, sometimes this is the case, but mostly it requires skills that have been developed over a long period of time to be excellent at fruit marketing in Europe. The Dutch are excellent at this!

Q: What specific benefits does the Netherlands offer to produce importers and retailers?

Memories remain … and when this incipient Pundit was a young industry member we attended the very first International Trade Symposium done by the old PMA and among the speakers was a Dutch trader, name lost to memory.

I remember thinking he was brilliant. For he gave a lengthy presentation detailing the complexities of selling in Europe. He explained the sizes and grades wanted in Sweden as opposed to Austria and Spain and Ireland. Having exhausted his audience with detail, he turned us and summarized the learnings of his presentation.

I paraphrase but, basically, “The European Market is exceedingly complex and you Americans will never be able to master the complexities, therefore, you should ship everything to us in the Netherlands so it can be properly, and profitably, distributed!”

Who knows, maybe he was right!

Join us at The London Produce Show and Conference and gain insight on the role of the Dutch industry as a distribution mechanism for bringing the produce of the world throughout the European continent. You can register, at no charge, right here.

There are still a few, last minute opportunities for booths and sponsorships. If you would like to engage let us know here.

Look forward to seeing you at The London Produce Show and Conference!