For many years, there was a tradition that the trade would publish both wedding and birth announcements for children born into families active in the trade. Being born to the business, the birth of the Pundit was announced in several trade papers. The practice was discarded over the years as the industry became much larger and more scattered.

Yet technology, specifically the reduction in the cost of communications and the rise of the Internet, has created the possibility to revive the notion of the industry as a community.

When we started the Pundit’s sister publication, PRODUCE BUSINESS, it was still common for ads to feature two phone numbers, one with the letters LD next to the number.

LD stood for long distance, and it symbolized that this was a line that would be allowed to ring without being answered if a person of authority wasn’t in the office. In other words, long distance phone charges were significant enough that it was important to promise people you traded with that you wouldn’t waste their money by having a secretary or receptionist answer their “LD” phone call.

Nowadays, with communication so cheap and it being so easy to shoot off an e-mail without worry what time zone someone is in, the sense of closeness to others in the trade is coming back.

And if you care about people and the history of families in this business, what gives more joy than a wedding or the birth of a child? And what more helps businesses focus on the future than the fact that there is a new generation to build for?

So, we thought we would revive this tradition. Please let the Pundit know about weddings and births that you would like to see announced to the trade. 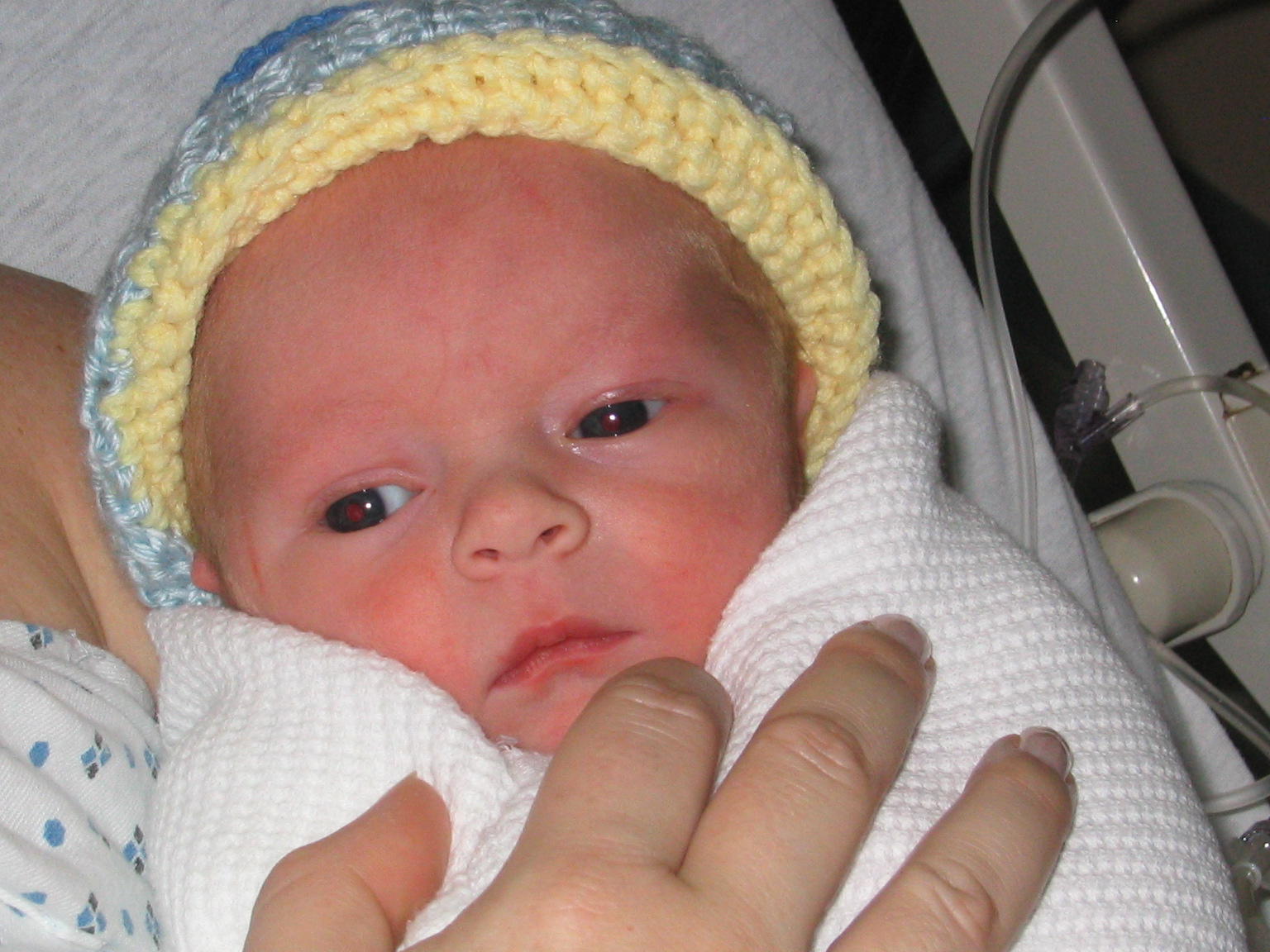 Our first birth announcement is to welcome to the industry and the world Jax Byron Mathison. Jax is the newborn son of West and Courtney Mathison. West is the President of Stemilt Growers. He is also a recipient of the PRODUCE BUSINESS 40 Under Forty Award. 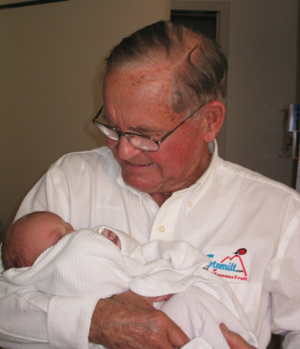 on of Thomas Cyle Mathison, who by 1914 began planting cherry, apple and pear orchards on land the family homesteaded on Stemilt Hill, overlooking Wenatchee, WA.

Jax is the Great-Grandson of Tom Mathison, Chairman of the Board of Stemilt Growers and a legend in the Washington State fruit business, who took a leadership role in the family business after his own father, Chris Mathison, died in 1947 in a tragic accident as he tried to save an irrigation reservoir from destruction during a winter flood.

In its modern iteration, Stemilt Growers was founded in 1964 with the vision of building a packing house and cold storage facility to serve growers on Stemilt Hill. Speaking at the ceremony on June 23, 2005, at which he became president, West said the following:

“There was a time when the fruit that was shipped by Stemilt Growers was strictly product from orchards on Stemilt Hill,” he said. “Against the recommendations of many people, my grandfather decided to pack for growers who didn’t grow fruit on the Hill. He bought 10 acres at Olds Station and built a state-of-the-art facility there,” he said, referring to Stemilt’s largest packing house located in Wenatchee’s Olds Station area that now serves hundreds of growers.

“My grandfather was continually looking ahead, saying, ‘What should we do next,’ always looking for the next opportunity. In 2002, we teamed up with Douglas Fruit in Pasco, and in January of 2003, we bought majority share of Chinchiolo Fruit (in Stockton). Recently, we’ve expanded our Chilean orchard operations.

“Change is a constant, and the people who succeed are those who change at a faster rate. Speed to market is one of the strongest competitive forces,” he said. “But even though change is constant, the mission statement of return to the land and the core values of Stemilt will not change.”

Jax is the grandson of Kyle Mathison, a grower and partner-owner of Stemilt Growers, well known for his ventures in cherries, blueberries and organic farming

The Pundit owes a special debt to West and Courtney, because when the Pundit’s father was ill West took the time to get his wife Courtney, who had worked at hospitals in both Texas and Washington state, on the phone to help determine the best place to go. It would have been a more difficult decision without their help.

Jax is a very lucky guy. We’ve never met Courtney but she is sharp and super nice on the phone. West is the kind of infectiously optimistic person everyone wants to be around. He has never signed off an e-mail without an optimistic blast such as “Onward” or “Make it a Great Day.”

And he takes his responsibilities seriously: West sold his custom chopper (motorcycle) in anticipation of the little guy’s arrival.

The Pundit extends congratulations to the family and best wishes for little Jax in the years to come.