Wal-Mart’s new CEO is making some tough decisions. He sent out this memo to associates at headquarters:

To: All Home Office Associates

As the new fiscal year begins, we find ourselves living in unprecedented times, and I am reminded every day of how our company is uniquely positioned to help Americans weather the economic storm. We know that millions of working men and women are relying on our low prices more than ever before, and we must continue to be an advocate for them.

Starting today, and over the next few weeks, you will be hearing from your leaders about some important changes designed to align our staffing and organizational structure to increase operational efficiencies, support our strategic growth plans and help reduce our overall costs. Some of these changes will involve reductions in Home Office positions while others will create additional management jobs elsewhere. And, as part of our overall store growth plan, we will continue to add thousands of jobs in our stores and clubs this year.

We expect the changes to impact approximately 700-800 Home Office positions including merchandising, real estate, marketing and support divisions in Walmart U.S., Sam’s Club merchandising and some corporate functions. The restructuring will not impact store and club operations.

We do not make these decisions lightly, and every individual decision was carefully considered. We recognize this is a difficult development for the members of our Wal-Mart family who will be leaving the company. While the number of associates that will be impacted by the restructuring is very small compared to the 2.2 million associates we have worldwide, I can assure you that we will treat them with care and dignity and help support them during their transition, consistent with our basic beliefs and respect for the individual.

If there is one constant in our organization, it is change. We are committed to our purpose of helping people save money so they can live better and we will continue to take appropriate steps to further align our support structure with our business plans. We must also challenge costs in every corner of the company in order to keep our business strong today and well into the future.

We care about our associates, especially during times like these. Thank you for everything you have done and will do to serve our customers and help make our company better.

Both present and former employees of Wal-Mart tell us that Mike Duke is a man of exceptional integrity. Some have wondered if he has the personal charisma to lead an organization that was within recent memory inspired by leaders such as Sam Walton and David Glass.

Although we doubt we will be seeing Mr. Duke do the hula down Wall Street, we actually detect something in this memo that shows Duke swims in a stream with direct links to Sam Walton:

“We know that millions of working men and women are relying on our low prices more than ever before, and we must continue to be an advocate for them.”

This notion ties directly into the wellspring of Wal-Mart values that it fundamentally is the buying agent for the consumer.

Great leaders often change the mood of their organizations with decisive acts early in their terms. Ronald Reagan, for example, was forever defined by his willingness to fire the striking PATCO air traffic controllers.

The buzz in Bentonville is that Wal-Mart wants to reduce home office staff by 10%. That would be about 1,400 jobs. The expectation is that attrition will take care of half the reduction and the layoffs will handle the rest.

Wal-Mart has been doing relatively well in this recession. Between attrition and the opportunity to retrain and transfer people to other parts of its far-flung operations — and considering the not-insubstantial cost that big companies incur for severance and other support of laid off personnel — we suspect that the financial goals of the layoff could have been achieved in other ways.

So we see this as Mike Duke communicating to the 2.2 million Wal-Mart associates about the core values.

And, in this case, the core that Mike Duke wants to emphasize is the culture that consumers could get a great deal because the company relentlessly seeks to reduce costs so that margins could be minimized. 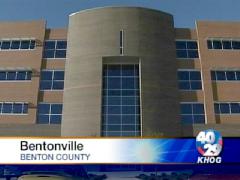 Our sense is that Wal-Mart has gotten away from this. On our last trip to Bentonville, we were shown a new building that Wal-Mart just bought for Sam’s Club. It is the 4th largest commercial building in Arkansas. All we could think of was that it was a pretty spiffy place and there is no way in the world that Sam Walton would have bought that building.

As we walked through the new model stores, we saw all this expensive cardboard signage that someone thinks is communicating a marketing message, but we saw this as additional expense. In departments such as bakery, we started to note expensive ovens with glass cut-outs to create theatre and we wondered how much additional margin was required to pay for this stuff. The aisle where bargains were traditionally emphasized was stripped clean of product and promotion. It looked as if Wal-Mart had decided it wanted to become more like Target.

Of course, the irony here is that Target is doing horribly in this recession, and the retailer desperately wants to become more like Wal-Mart. Cheap chic at Tarjétis an indulgence many don’t want to pay for in this economy.

Wal-Mart had a few years in the wilderness. It tried ads in Vogue and things like that to fix a corporate culture that was deemed “broken.”

Fortunately for Wal-Mart, consumers didn’t pay much attention so it still had its value reputation when the recession hit.

Now, perhaps, the non-charismatic leader is showing the kind of internal guidance that often turns out to be enormously inspiring: An understanding and insistence on adherence to core values.

So for the same reason Sam Walton had executives bunk together when traveling on business, maybe Mike Duke is saying headquarters can take a haircut. It is an example to the 2,199,250 other employees as to what the priority is.

We suspect Mike Duke may turn out to be an exceptional leader, and this tough decision is the first step in a reassertion of values almost lost.