King Of The Lunchroom

Our piece, King William’s Produce Requests, detailed the requests that William, aka Jr. Pundit Primo, had made when he got the chance to be “King of the Lunchroom.”

School is now over and William is eating in camp now, but he had his chance to be King just before school closed for the summer.

After William’s pleas, was the meal healthy? Did the students each more produce? 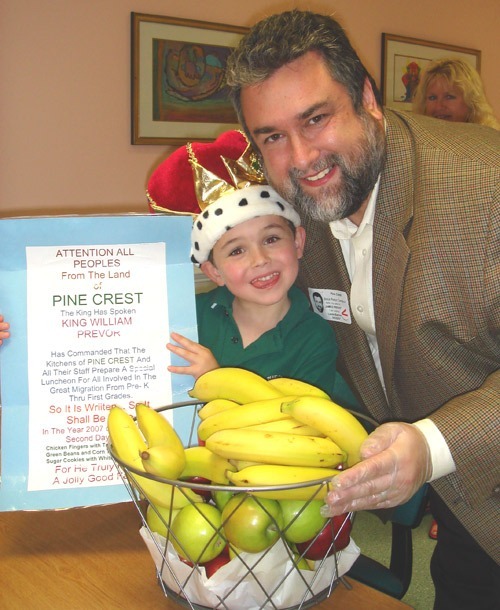 The answer is yes, but only marginally so, and that shows the enormous difficulty of the task.

William had the kitchen staff double the vegetable offering to two — in this case green beans and corn –and his elimination of spice and sauce did boost consumption among this group of five-year-olds.

The big basket of fruit available for dessert did attract a number of takers and the little plastic cups filled with mandarin orange sections did move strongly.

The main course was still chicken fingers and they were served with Tater Tots. Everyone received a cookie for dessert. 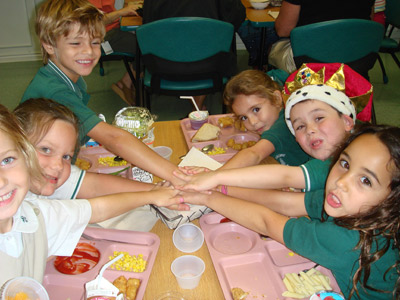 The problem: Kids like chicken fingers and tater tots, and if students don’t eat these offerings, there’s no alternative food that is any more healthy.

As a dad, it leaves you in quandary. As Grant Hunt of the Grant J. Hunt Company told us in Getting Kids To Choose Healthy Snacks, you just can’t bring celery sticks when it is your turn to bring snacks for Little League.

So as parents we try to win small battles, and if all the kids ate a serving of green beans, we count it a win.

Our society isn’t too good at preaching a Spartan avoidance of indulgences, so we have to have produce that tastes good. Of course when he was just a prince, King William told us that in Little Taste Bud, published in Pundit sister publication, PRODUCE BUSINESS.