The produce industry of the United Kingdom has long been the great standard-setting center of the global produce trade. If a firm wanted to establish its bona fides it did not show it sold Kroger or Safeway or Supervalu, it showed it sold Marks & Spencer, Tesco and Sainsbury’s. This was the gold standard, the Good Housekeeping Seal of Approval.

Yet these high standards combined with a highly concentrated market in which four retailers accounted for approximately 80% of the retail market for produce to create a negative dynamic. Though the UK was still favored by shippers with unique products because unveiling small volumes in an exclusive deal with a Marks & Spencer, Waitrose or Sainsbury’s was sure to guarantee global publicity, mainstream shippers increasingly wanted out.

One would go to global exporters and they would often say the UK was their most important market, but the UK retailers demanded such tough and expensive to meet standards, while the concentration of buying power allowed the buyers to negotiate for the lowest of prices, that these same growers and exporters yearned to diversify sales away from the UK. 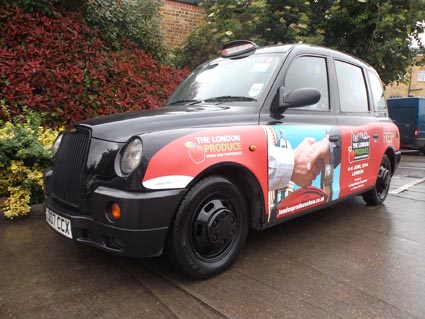 Past though is not necessarily prologue and there are seismic rumbles beneath the surface of the UK produce scene. A culinary revolution burst forth and, all the sudden there was a big alternative opportunity to selling to retail. Retail began to change. US interlopers Costco and Whole Foods nibbled at the market, upscale retailers such as Marks & Spencer and Waitrose captured some of the more profitable trade. Online marketers such as Ocado, not only picked up market share but the “Long tail“ (Link) of the Internet allowed market access for products, shippers and brands that never had shelf space before.

Then, as hard as it is to believe, one day, in the offices of the UK “big four” they will give thanks for the emergence of Aldi and Lidl, the so-called “hard discounters” whose market share keeps rising with no end in sight. Why will the “big four” be grateful? — Because competition from these powerful concepts is now causing them to reimagine their businesses. Rethink procurement models, merchandising strategies, organizational design, pricing, banner strategy and much more. In the end, only a reimagining of these businesses can assure their success over time. 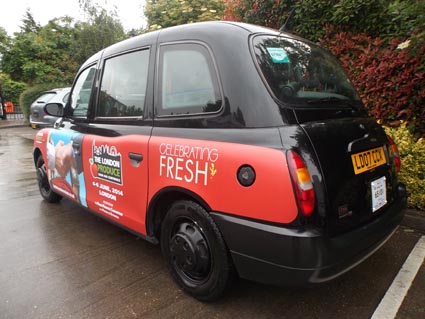 The London Produce Show and Conference was thus conceived at a moment of great change, a moment in which the UK marketplace is uniquely open to learning from abroad while the enormous intellectual resources of the UK trade with its hyper efficient supply chains are more accessible to the global trade looking to learn and engage.

What was needed though was a mechanism, a means by which global attention could pivot to London. Thus was born The London Produce Show and Conference.

To symbolize the centrality of London to the global produce trade, we’ve arranged to send out on the streets of London an iconic London taxi, decorated to salute a trade that is Celebrate fresh! — to proudly emblazon the name of The London Produce Show and Conference where all can see it. We arranged this so that the luster and reputation of the trade should be elevated; and so that the global trade’s pivot to London shall be celebrated.

Come and join as for this celebration of an industry and its renaissance. Come and join us as we work to build a future secure and bright for the UK industry, for all who trade with it and all who commit themselves to learn more and to do better.

And register for the event right here.