Got Produce? Look Closer At Packaging And Handling To Increase Consumption

In the context of our extensive work on the proposed generic promotion board for the produce industry, we’ve had quite a number of produce executives point out to us that they believe the biggest difficulty in boosting consumption is the fault of the produce industry itself — selling the wrong varieties, harvesting it before it is fully ripe, etc. A piece we built around a letter by Bill Vogel, President of Tavilla Sales LA, titled Pundit’s Mailbag — Generic Promotion Plan Does Not Allow For Differentiation, was an excellent example of this perception.

Well we wanted to add packaging and handling to the list of industry vices. For four years now, the Pundit has, on Johnny Appleseed’s birthday, dressed up as Johnny Appleseed to perform at the Jr. Pundit’s school and explain the importance of John Chapman in American history and teach a bit about apples.

At the Pundit household, we virtually never buy bagged apples. However as part of this venture we gave away red, yellow and green apples to the whole pre-Kindergarten grade. 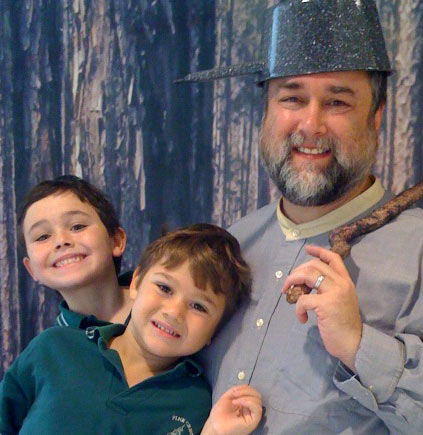 So for the last two years, Mrs. Pundit has bought a bunch of bagged apples, which she then lovingly washes before we distribute them to the children.

Last year she mentioned that there was a substantial amount of bruising on the apples and she had to throw a large number in the garbage. We took it as a fluke.

It happened again this year: In excess of 15% of the bagged Virginia apples we purchased at a well respected supermarket chain were not of a quality we would be willing to serve our boys and thus, of course, we were unwilling to serve them to the schoolchildren.

But we do know that anyone who bought the bags of apples that we did would be not merely unhappy but a little disgusted by what we found in the bag.

One wonders how vigilant supermarkets are to weed out this inferior product. How often are samples taken off the shelf and examined to make sure consumers are receiving product equal to the store spec, as opposed to badly bruised junk. Should we even sell apples in bags that offer absolutely no protection to the product during transport?

Consumer advertising can encourage trial, but if we don’t delight with the product, that repeat sale is going to be very difficult to get.

The Pundit was never much of a Michael Jackson fan, but his song Man in the Mirror had some lyrics that might apply to the way the industry needs to think if it really wants to boost consumption:

Sustainability often involves little more than being conscious of the impact our choices have on the environment, social concerns and economic returns. Looking at all our products and packaging from a standpoint of consumer delight seems prerequisite to success in boosting consumption.