Dispatch From The Department Of Breaking One’s Arm By Patting Oneself On The Back – Part III:
Prevor Brings Home Another Jesse H. Neal Award For Editorial Excellence 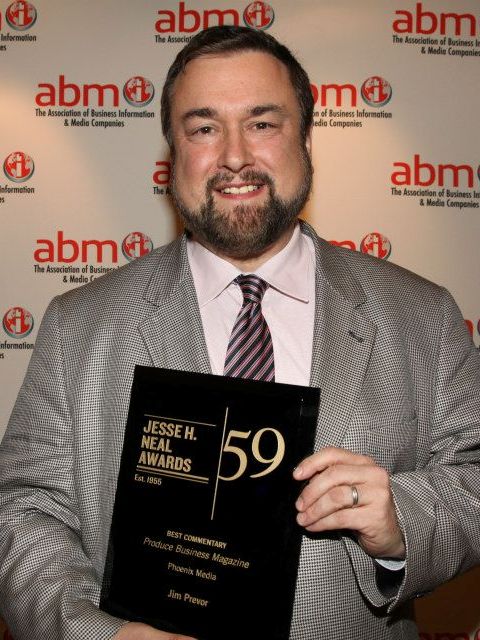 We are always a bit sheepish about promoting awards we win. For one thing, we are well decorated with well over 100 editorial awards now lining our mantle; for another we care more about the esteem in which the industry holds us than what editorial judges have to say.

We feel a certain amount of pride in being a part of that.

We also think it is a value to the trade to know it is receiving world class content, and awards can help to validate that.

It was a highlight of our career when we won the Timothy White Award for Editorial Integrity. Ken Whitacre wrote about that award with a piece titled, Prevor Wins An award But Industry Gets The Prize. This is a special award given under special circumstances “to an editor whose work displays courage, integrity and passion.” It has been called the “most important award in business journalism.”

In addition to such special awards, American Business Media also recognizes excellence annually in a competition often referred to as the “Pulitzer Prize of Business Journalism”, and for 2012, we were recognized for excellence in Commentary with a Jesse H. Neal Award. It is a very competitive process, and merely being nominated is a great honor. To win is a special treat.

That this is the third time we were so recognized is unprecedented. The award was given for our column, The Fruits of Thought, that we have written now for a quarter century in Pundit sister publication PRODUCE BUSINESS. It was presented for a body of work represented by three separate columns:

Florida-Mexico Tomato Battle Distracts From A Focus On Consumers

The award was presented along with these comments:

Well, the judges got that right; that is exactly what we try to do.

We owe thanks to the judges and the American Business Media for the award and to our industry for supporting us through thick and thin.

We won the award, but we accept it on behalf of the entire trade.