First we announced, Center for Produce Safety Established: An Act Of Faith In The Future. Then we pointed out that the Center was Seeking An Executive Director For The Center For Produce Safety. Now it turns out that Pundit correspondent Devon Zagory, Ph.D., who authored an important letter on food safety that we published as part of our piece, Pundit’s Mailbag — Where Accreditation Is For Sale, We Better Know Our Suppliers, has been appointed:

CENTER FOR PRODUCE SAFETY AT THE UNIVERSITY OF CALIFORNIA, DAVIS, HAS NEW DIRECTOR 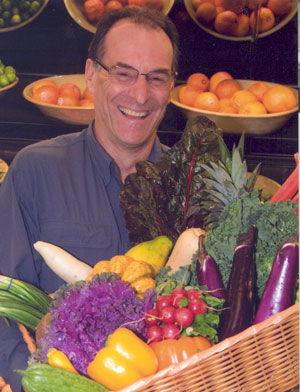 The new Center for Produce Safety at the University of California, Davis, has named Dr. Devon Zagory as interim Executive Director. The center was established earlier this year to work with the agricultural and food industries, government regulatory agencies, trade associations, research institutions, and consumer groups to enhance the safety of fresh fruits and vegetables through research, education, and information exchange.

The Center for Produce Safety was established following national E. coli outbreaks last year. Initial funding for the center came from a coalition of the Produce Marketing Association, Taylor Farms of California, the California Department of Food and Agriculture, and the University of California.

Zagory has 25 years of experience working on produce safety with agricultural producers, fresh-cut industries, and university researchers. He has worked internationally as a consultant in the fields of food microbiology and modified atmosphere packaging. Zagory was a founder of Davis Fresh Technologies, now NSF Davis Fresh, and continues to serves as Senior Vice President for Food Safety and Quality Programs.

“The Center for Produce Safety will address the quest for safer fruits and vegetables on a number of fronts,” said Zagory. “The center will serve as a nexus for developing and implementing safer practices with its many collaborators. We must reinforce consumers’ confidence in the benefits of eating fresh fruits and vegetables as an integral part of a healthful diet.”

“We are confident that Dr. Zagory, with his strong knowledge of produce safety and his extensive experience with the produce industry, will effectively launch the Center for Produce Safety’s outreach objectives,” said Neal Van Alfen, dean of the College of Agricultural and Environmental Sciences at UC Davis. “Food safety is an important issue for university researchers and food producers throughout the U.S. The Center for Produce Safety will work to ensure a safe and secure food supply for all consumers.”

The Center for Produce Safety will be located in UC Davis’ Western Institute for Food Safety and Security. The center will 1) serve as a central database for research information on produce safety, 2) will fund scientific studies to mitigate risks in produce, and 3) will provide science-based field-level training and best management practices in an effort to reduce future outbreaks of food-related illnesses.

Devon Zagory has a doctoral and a master’s degree in plant pathology from the University of California, Berkeley, and a bachelor’s degree in agricultural science from UC Berkeley. He spent eight years as an associate pomologist in the former Department of Pomology (now Plant Sciences) at UC Davis.

Zagory was co-chair of the Technical Committee of the International Fresh-cut Produce Association and was Editor-in-chief of the Third Edition of the IFPA Food Safety Guidelines for the Fresh-cut Produce Industry. He has written numerous chapters and scientific publications, and has given many presentations on produce microbial safety, packaging, quality and operations.

If you want to take the true measure of a man, ask his competitors. We did and here is a note we received on the news of Devon’s appointment:

The long search by the associations for technical staff with the appropriate experience, education and communication skills has revealed a critical void.

Devon’s training and hands-on work over the years has made him one of a small group of individuals who truly understands the fresh produce industry’s food safety needs.

His yeoman-like effort single handily made Davis Technology a player in the fresh produce industry. Devon’s vast experience and uncommon common sense will bring an even broader benefit to the industry.

Bob’s gracious comments point to what an incredible catch Devon is for the industry in this position. In fact his qualifications are so unassailable and so unlikely to be equaled by any other likely candidate that there is only one problem: Note the word “Interim” in the announcement, that is because Devon was not looking for a job and does not need a job.

He has graciously agreed to step in to help the Center for Produce Safety capitalize on the momentum and good will.

However, now that we have got him, we can’t let him go. And we have to persuade him to stay permanently. And we should sign him up now, before the bloom is off the rose.

For all his produce and food safety expertise, the job will not be a snap. Academic politics can be brutal. In fact, toward the twilight of his career, Henry Kissinger was asked how he managed to survive the brutal politics in D.C.

Kissinger responded by saying, “Oh, it was easy after surviving Harvard faculty politics.”

Congratulations to Devon on his appointment as the George Washington of the Center for Produce Safety and a hearty thank you for taking on such an important task.