It is said that every cloud has a silver lining, and if it can be said that there is an advantage to the length of time this Salmonella Saintpaul outbreak is continuing, it is that the consumer press is starting to become significantly better. The questions they pose to the FDA and CDC officials are becoming more probing and more skeptical.

We take a little credit for this. We’ve spent well over a hundred hours speaking with consumer media since this outbreak started. You may have caught the occasional mention of the Pundit in articles discussing the outbreak in places such as USA Today, the Baltimore Sun, the San Diego Union Tribune, the Miami Herald and BusinessWeek.com or caught us on the Lou Dobbs show on CNN. 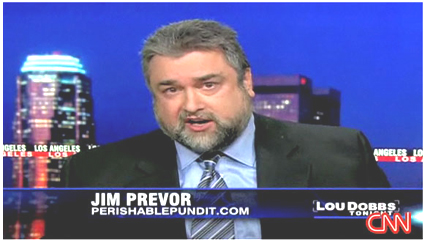 What is not always obvious, though, is that this is a big job. We might abandon our family on a Saturday or Sunday and speak to a reporter for an hour bringing him or her up to speed on the industry — and then get only a one-sentence mention in an article — or not be mentioned at all.

The problem is not that there aren’t plenty of resources to educate consumer reporters about the industry. The problem really is that few reporters for major dailies have agriculture as a full time beat anymore — by our count, in fact, there are only four left in the whole country. And, even for them, produce in general and any item in particular is a very, very minor part of their jobs.

So the problem is if we offered a two-week intensive course on the structure of the tomato industry, when there is no outbreak nobody would want to take it.

This means that when the FDA and CDC announce an outbreak, most of the reporters are novices at food safety outbreaks, certainly on the particular commodity. They thus tend to rely heavily on “official sources” and are not educated or trained sufficiently to really evaluate the veracity of those claims.

Thus the questions tend to be inane initially. Many of the reporters are quite smart, though, and practiced at being skeptical, so as the outbreak goes on, they start seeing internal contradictions and, as they talk to more people, they start to realize there are other points of view.

When we publish something like our important interview with Michael T. Osterholm, PhD, MPH, we not only make his views available to the industry but, also, raise his profile as a source. So, all of the sudden, after we ran that interview, quotes from Dr. Osterholm started appearing in many consumer publications.

If you listen to the official FDA/CDC press conferences, you begin to hear a shift in which the reporters start to object to being snowed, to having information withheld, to being patronized. This is all very good for the industry. When this outbreak is over and we insist on an investigative report and Congressional hearings, it means we are more likely to have a press corps that will understand the issues at stake and be more engaged in the outcome.

So our silver lining for a very big cloud is that it is raising the “produce literacy” of a whole contingent of consumer reporters. That more educated press corps may well prove an important asset in the months and years to come.