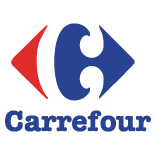 We’ve been discussing Wal-Mart’s efforts to move into India in many articles including here and here. Now comes a small bit of news that indicates India is really changing and Wal-Mart may be correct in its judgment about the direction of Indian society:

In an interesting trademark-related judgment that in future could have far-reaching consequences, the Honourable Madras High Court has agreed with the prayer of French retailer Carrefour that it is the legal owner of the registered trademark ‘CARREFOUR’ and that the public could be deceived into believing that products offered by others with similar names have a connection with the former.

Founded in 1960, the €94 billion Carrefour is the world’s second biggest and Europe’s biggest retailer. Apart operating in France, the retail chain operates a total of about 7,000 outlets across the world. Carrefour in French incidentally means “crossroad.”

Carrefour had filed the application for restraining the use of its name in the Madras High Court against the Chennai-based Carrefour House of Interiors and its owners. The Honourable court ruled that the applicant would suffer irreparable injury if injunction was refused.

The respondents pleaded that the applicant was not entitled to prevent them from using the brand name, which they were using from the year 2000, and their use of the trademark was an ‘honest adoption’ of the name. They had applied for the registration of the name in respect of furniture items in 2001 and that no one had opposed their application for registration.

However, Carrefour rebutted the argument saying that use of Carrefour name could not be considered as ‘honest adoption’ as it had secured registration of the ‘CARREFOUR’ trademark way back in 1995.

Progress is often not based on big decisions but on small ones. Trademark protection is one of those small things that enable investment as it allows the investor to reap the benefit of that investment by selling trademarked items.

We don’t hear much about Carrefour in the U.S., but it is bigger than Tesco. Carrefour had a setback in the U.S. when it opened hypermarkets in both Philadelphia and Voorhees township in 1988 and 1992, respectively. It won consumer interest with associates on roller skates but union opposition, including constant picketing, hurt sales. Mostly, though, it was a French store on U.S. soil, not an American store owned by the French.

Maybe “once burned, twice shy” will keep them out of America, but if Tesco succeeds, it will quickly outrank Carrefour in sales and thus push Carrefour down to third place among global retailers. That would be an assault on Gallic pride so Carrefour might be tempted back to the U.S. — perhaps they could buy Wild Oats if that deal collapses. That fits with the French sensibility.

Of course, Carrefour will need to be careful as mistakes have consequences… part of the old Philadelphia Carrefour store is a Wal-Mart Supercenter now.