A Tip Of The Hat For Stenzel

The industry owes a Thank You to United Fresh’s Tom Stenzel. As CEO of one of our trade organizations, part of Tom’s job is to give speeches and testify before various governmental bodies. 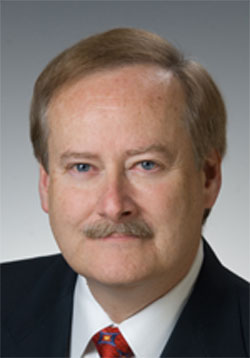 Normally, all our association CEOs should get medals for doing this simply because it is typically such a bore. The Pundit actually listens to the tapes of these hearings or reads the transcripts and, by and large, it is the same thing over and over… The same predictable comments from legislators all too often preening for the cameras.

Often they know little about the subject and so can’t make a constructive contribution or even ask pertinent questions. So they will listen to 10 people testify for hours and then note that a board composed of handlers of California leafy greens is not ethnically diverse.

But when Tom Stenzel flew to California to testify before a joint hearing of the ag committees of the California State Assembly and Senate, one Senator, Dean Florez, who has been very active on these issues, was really out of line. He was positively abusive.

Florez wouldn’t let Tom get a word in edgewise, was ridiculously demanding some sort of guarantee of perfect safety in a world that just can’t deliver that and was rudely dismissive of Tom when he, very politely, tried to speak some sense.

If Tom had stood up and decked the guy, we would have given him an award, albeit in abstencia, while he served time in some jail in the basement of the California State Capitol.

But Tom did what we in the industry are fortunate to have many leaders do on our behalf. He swallowed hard and represented the trade the best that could be done under the circumstances.

As we all go about our business, it is worthwhile to note that we have people willing to do this work on our behalf. A tip of the hat to Tom and to the many leaders who work for the overall success of the industry.

Tom didn’t get a chance to deliver his complete statement, though you can read it here. You can also listen to the entire hearing here.