A Look At The Faces

Since the spinach crisis broke, here at the Pundit we have written over 60,000 words on the subject. All have been attempts to understand and analyze the crisis, its causes, its implication, its meaning and significance to the trade.

Other than linking to the FDA web site, we have not written about the casualties of the outbreak. This was intentional. The consumer press, with its emphasis on the casualties, provides a very warped perspective on the situation and the produce industry. Billions upon billions of people all around the world have improved their health and gained great joy by consuming diets rich in fruits and vegetables.

When the consumer press focuses on casualties, it is, in a sense, being lazy. It pays attention to that which is known and easy to identify but ignores the beneficiaries who are not identifiable.

This industry feeds the world, and feeds it well. We should be very proud of what we have accomplished. Yet there are failures still, unintended consequences of the work we do.

Still, understanding the context and after so many words discussing the business implications of the crisis, it seems to me that it is important for us, as members of the trade, to look at the faces of those who have died in this horrible outbreak. Every sick person is a daughter or a son, a mother or a father, a brother or a sister, and every loss, within the context of that family, is of infinite value.

We have no choice but to make decisions. There will never be perfect safety because human perfection can not be obtained on this earth. But a look at the faces is good to keep with us as we strive to build a better industry, a reminder of the stakes of our choices. In this spirit and for this reason, we need to know the two people who are currently confirmed to have died in this outbreak: 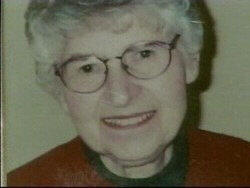 Marion Graff, 77 years old, was born in Manitowoc, Wisconsin in 1929, grew up on Oshkosh and died, as a result of consuming spinach tainted with E. coli 0157:H7 after she came down with kidney failure. She lived a full life, often traveling to Boston to visit with one of her daughters, Ann, her son-law Richard and, especially, her two grandsons Daniel and Adam. Her son Russell and his wife, Dale, lived not too far away in a town near Madison, Wisconsin, and another daughter, Leah Duckworth and her husband, David, had settled down in Oakland, California. Marion was a widow; her two brothers and parents had all predeceased her.

She did volunteer work in the Manitowoc Public Schools, at the Holy Family Memorial Medical Center and at the Capitol Civic Centre. She was an active member of many organizations, including the Friends of Manitowoc Library and the Anshe Poale Zedek Synagogue. She used to play bridge and dominoes.

She died a miserable death. She felt a little sick on August 30, 2006, but went ahead with a planned bus trip to a dinner theatre in Minneapolis with a senior citizens group. While on the trip she fainted twice and had severe diarrhea and dizziness. She got home, but by September 2, 2006, she was too sick to attend an 80th party that was for a friend.

Her family took her to St. Vincent Hospital in Green Bay on September 3, 2006.

She quickly went downhill — diarrhea, rectal bleeding, kidney shutdown. She couldn’t communicate with her family. She was on IV antibiotics, various fluids, all to no avail.

Her daughter in California said that, “She really doted on her grandchildren. She got cheated out of more time with them.”

And they with her. 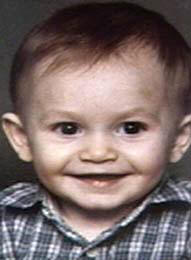 Kyle Allgood, age 2, son of Robyn and Jeff Allgood of Chubbuck, Idaho, was a little boy in “constant motion” — he was always in a hurry. He was delivered on the bathroom floor with the aid of his father, because he didn’t give his Mom a chance to get anywhere else. His dad said that from that instant, “He’s been in constant motion ever since, right up to leaving us. He was an energetic, fun-loving little guy.”

In the final hours before Kyle Allgood succumbed to hemolytic-uremic syndrome, a kidney ailment that was a consequence of his exposure to spinach laced with E. coli 0157:H7, his father laid hands upon him and delivered a Mormon blessing. He urged his son to “be strong,” and his son replied “OK, Dad,” it was the last words Kyle Allgood would ever speak.

How bitter the irony for the family that young Kyle died because, in an attempt to make sure he ate healthy vegetables, his mother, Robyn Allgood, explained she made a fruit smoothie and added in the healthy greens. Then she gave it to her child.

Now the family remembers him belting out children’s songs louder than anyone in his church pre-school. How he loved to play with trucks and trains and that he was such a daredevil he was known as “stuntman” and had already had stitches twice. He would have turned three in a few months.

His father spoke to the media about his boy: “He was the happiest little boy I’ve ever seen. He had a beautiful toothy grin that followed him wherever he went. There will be a lot of people who will miss him.”